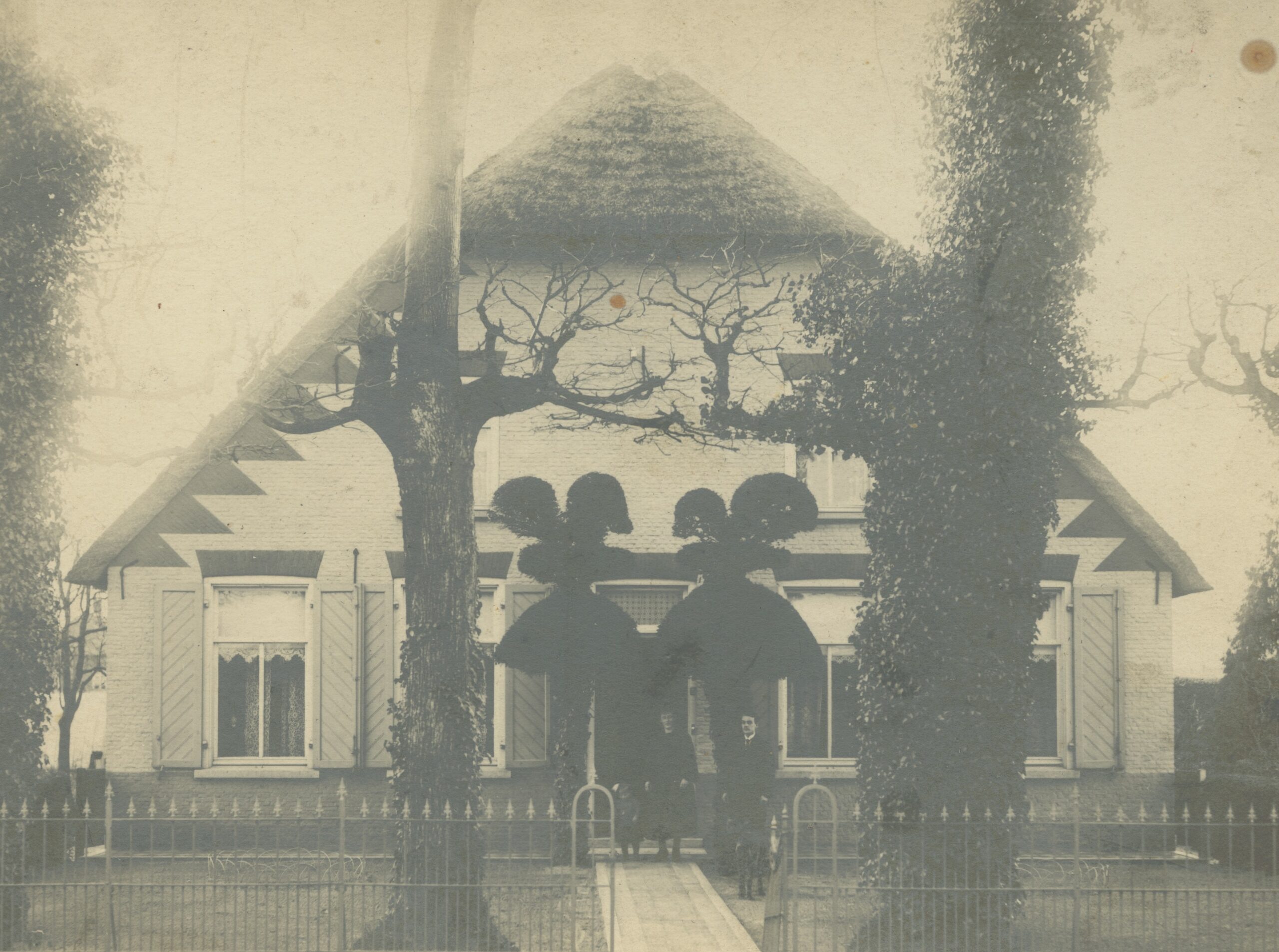 He will be grandly inaugurated on October 25, after being sworn in by PJ Bosch van Drakestein, King’s Commissioner in ‘s-Hertogenbosch. He remained mayor for 30 years and was honorably dismissed on July 10, 1907. At his farewell, the city council decided by acclamation to name the newly constructed connecting road to the Zwaansweg railway station. Zwaans is succeeded by GR van der Ven and remains councilor until his health no longer allows this. He died after a short illness on September 2, 1920.

Genealogy research
Petrus Arnoldus Zwaans was born in Vlijmen on May 2, 1841 as the son of Theodorus Arnoldus Zwaans (1810-1850) and Maria Hendrika Flacard (1805-1878). Maria is Theodorus’ second wife and she is the daughter of the famous Vlijmense surgeon and midwife Maurice Flacard. Peter has two brothers and a sister. The eldest brother is Adrianus Petrus (1835-1904). He is blind and he is known in Vlijmen as organist and alto singer. Sister Albertha Antonetta (1837-1926) married rentier Hendrikus van Hest. His brother Mauritius Norbertus (1843-1922) becomes a priest in the Redemptorist Order. Petrus was married on 27 June 1895 at the age of 54 to the 40-year-old widow Arnoldina Mimpen (1855-1929). In his spare time, Peter has long been a member of the Holy Family, a member of Singers College, director of the Liedertafel and an avid tenor singer.

Digebrud Nieuwkuijk
The inhabitants of Nieuwkuijk and Vlijmen are convinced that their dike is too strong and too strong to collapse. But on December 30, 1880, the mayor was confronted with the news of an impending dike breach on the Nieuwkuijk-Vlijmen municipal boundary, but on Vlijmen’s territory. He consults with the water council, and soon a team of 30-40 workers begins to help. He also informs the King’s Commissioner and reassures the people of Vlijmen. But the dike cracks, the water not only flows over Vlijmen, but it flows as far as to Werkendam. The immediately established ‘Vlijmen Flood Committee’, led by the mayor, has its hands full providing food, clothing and shelter.

Fire at M. Dekkers 18 August 1890
M. Dekkers was on fire that day due to a thunderstorm. The farm with house and furniture, 9 cattle and the hay crop is lost. A few days before, his fire insurance was terminated because ‘part of the sides of the house were not built of stone, or were not high enough’. The mayor starts a national match with the pastor and the pastor for financial support. The donors are mentioned in the newspapers and it becomes a full page. The proceeds from the campaign are ƒ1,442 after two weeks and it would now be around € 20,000.

Association for the promotion of horticulture, agriculture and animal husbandry
Vlijmen has a large agricultural and horticultural area and in the late 19th centurye century hops are the most important crop. But things are getting worse because of the lower yields, high labor costs and many diseases. Something needs to be done and in early 1889 the mayor takes the initiative to set up an ‘Association for the Promotion of Horticulture, Agriculture and Livestock Breeding in Vlijmen’. A very comprehensive program is being created. An important goal is the establishment of a test station under the supervision of a competent gardener, who can also provide instruction in everything that belongs to the gardening profession. But also holding lectures and lectures, purchasing seeds, plants and fertilizer, teaching cultivation and pruning fruit trees, establishing a mutual insurance of livestock, searching for sales opportunities, etc.

A large board is elected with the mayor as vice chairman. On January 8, 1892, the agricultural and horticultural education began with about thirty students. The result is a shift from growing hops to fruits and vegetables. Large quantities of soft fruit will be grown and exported to England in baskets woven in Vlijmen.

25 years mayor
In 1902, P. Zwaans has been mayor for 25 years, and a summary of his career has been made for the accession speech: “The railway line’s-Bosch – Lage Zwaluwe is finished, a Post and Telegraaf office has been established, the steam tram’s Bosch-Heusden-Waalwijk has been built, a second primary school has been added, the first primary school with a teacher’s residence has been significantly improved and better public health has been taken into account. Since many places that were exposed to drinking water wells have been built, a building for nursing for those of infectious diseases has been built, and the nursing is excellently arranged; The reduction of the fire risk has also been taken care of by buying one more fire hydrant. Furthermore, a financially supported land and horticultural association has been established, as well as a course for the professional knowledge of gardeners; the village’s bull breeding has been greatly improved to improve the cattle, the cost of road maintenance has been reduced due to the construction of cobblestones in cobbled roads. There is therefore ample material to appreciate the mayor’s fruitful administration. ”

Lives in Kerkstraat
The mayor lived in Kerkstraat, now Julianastraat, on a plot of land bought in parts in 1838, 1853 and 1859 by his mother. It is the current plot from Julianastraat 11 and 13 to Wilhelminastraat. The mayor and his brother Adrianus have always lived with their mother, who died in 1878. When the mayor gets married in 1895, his wife comes to live with him. The couple is still childless. Brother Adrianus lived there until his death in 1904. Through inheritance, the land and house became the property of the mayor. After the death of the mayor and his wife, it was passed on to Albertha van Hest-Zwaans, the mayor’s sister, then to their daughter Jeanette van Hest, married to Hendricus Florentinus van Wagenberg, and then to their son Frans van Wagenberg. In 1940, the mayor’s house was demolished, after which Frans had his new villa built next door. The design, in the architectural style of the Delft school, is by architect Jan Luijben. The wind vane in the shape of a swan on the chimney cap still reminds us of this story.

Start the day with news from your municipality with the free Newsletter. CLICK HERE and sign up. Head of local news.