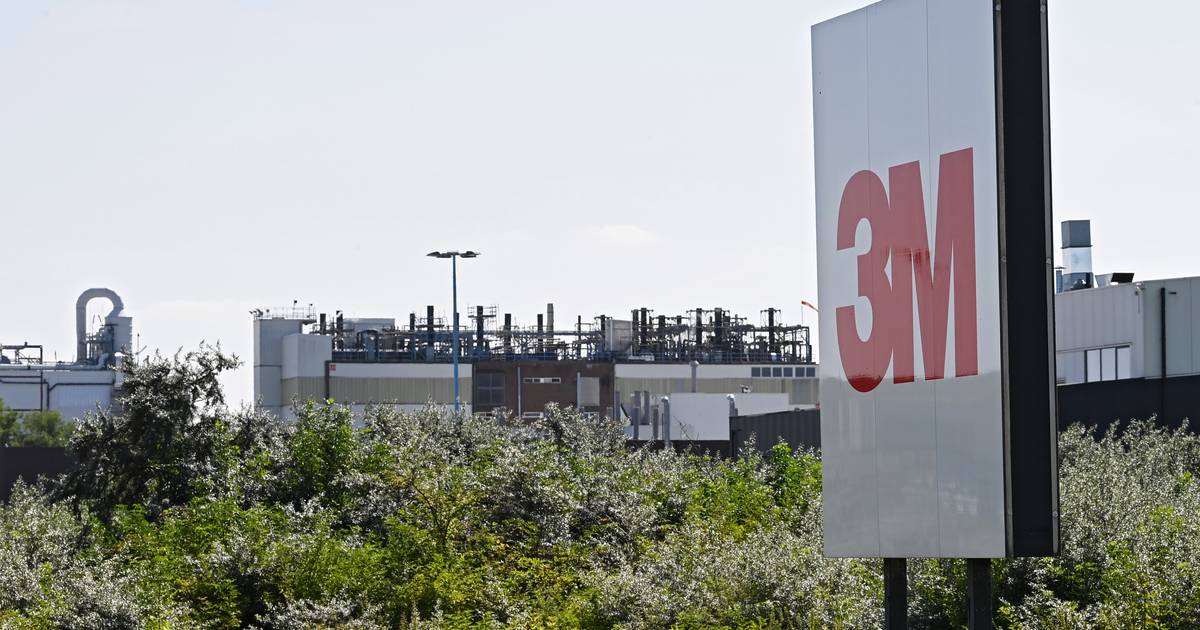 ZWIJNDRECHT (B) – Young children from the chemical company 3M in Zwijndrecht also appear to have too much PFAS in their blood.

The Flemish political party PVDA tested the blood of twenty children between the ages of two and twelve for PFOS, one of the most notorious types of PFAS. Six children have elevated PFOS levels in their blood. The values ​​for children who had eaten eggs from their own hens were highest. Three children are even in the highest category according to the results that VTM Nieuws has been able to see.

PVDA made the study because, in his own words, there was great concern among the parents, although the party emphasizes that this is a sample and not a scientific study.

In the past, the Flemish government has had the blood of almost 800 adults from 3M’s immediate vicinity examined. Half of the participants had too high a PFOS level in the blood. That was the reason why the Flemish Agency for Care and Health invited everyone living within 5 kilometers of 3M to a blood test last week. It concerns all the inhabitants of the left bank of Zwijndrecht and Antwerp, Melsele and Kallo and part of the municipality of Kruibeke. In total, between 60,000 and 70,000 people are eligible. More than 2,000 people have signed up since last Tuesday. You can sign up until June 1st.

Last autumn, a resident of Zeeuws-Vlaanderen had blood samples taken on his own initiative. The values ​​he had were comparable to the highest values ​​for the inhabitants of Zwijndrecht. This raised the question of whether a similar population screening should be carried out in Zeeland. GGD Zeeland is awaiting the results of the RIVM study on the consequences of PFAS emissions to the western Schelde before possibly starting a population screening.

In Zwijndrecht, among others, Mieke Van Laer had her children examined, she tells VTM Nieuws. The family lives in Burcht, about four kilometers from the 3M factory. In Mieke’s ten-year-old son, there are 11 micrograms of PFOS per liter of blood. Her six-year-old daughter has as much as 20 micrograms of PFOS in her blood, a value considered “alarming” in an adult male. “I still let them play outside, but they have to wash their hands regularly,” says Mieke. “It seems like a dark cloud is hanging over our garden because they can ingest extra PFOS.” “I’m very angry at 3M, but also at the government,” she says. According to Mieke, he should have announced the scandal much earlier.

According to Professor Nik van Larebeke (UGent), the effect of PFOS on the body is problematic but not catastrophic. However, according to previous research conducted on young people, it gives some complaints. For example, there is a risk of a slight delay in sexual development, a possible reduction of short-term memory and increased sleepiness. It’s all because a hormonal disorder occurs, van Larebeke explains. In addition, when PFOS is present in the blood, nothing can be done to lower the levels.

Last year, the government already conducted a survey of 800 adult residents, but not on children. However, the Cabinet of Ministers of Health and Welfare and the Flemish Minister of Health Wouter Bekes (CD&V) announce that a new large-scale study will be launched.

The results of last year’s research prompted the Ministry of Health and Care Services to extend the measures, such as not drinking water from its own well or eating eggs from its own chickens. However, it is not possible on the basis of the blood result to predict whether and what harmful consequences may occur.

The new blood tests will probably start in the autumn and will have to be spread over several years due to limitations in the laboratory capacity.

The problems with PFOS pollution at 3M in Zwijndrecht emerged last year during the excavation work at the Oosterweel tunnel. The American chemical giant produced the substance until twenty years ago, but because it is not biodegradable, the ground around the factory is still heavily polluted. After PFOS ceased, 3M switched to other PFAS.