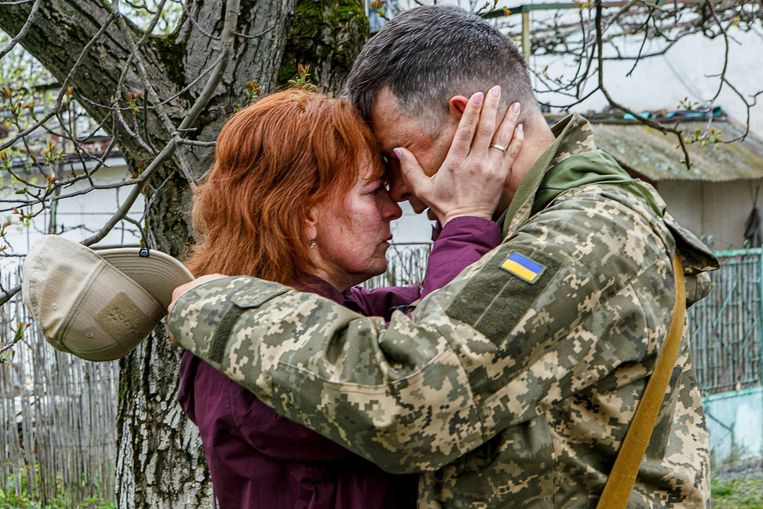 Looking ahead has begun among experts following Russia’s war against Ukraine. After two traumatic months of horrific violence and an unexpected course for many due to the strong resistance and success of the Ukrainian army, the leading US magazine Foreign Affairs a selection of international experts speak in the May / June issue: ‘The World After the War’. Estimates are everywhere, but it is clear that ‘a new era’ has come, which will be determined by the outcome of this war and by the ‘reactions in the world’.

The support for President Zelensky is enormous, but the United States and the European Union have not commented on their ‘war goal’: what a possible peace agreement should look like. ‘What does the West want in Ukraine?’ asks Richard Haass (Council on Foreign Relations) on the Foreign Affairs page, who already has recent documents for this file. It is completely unclear, he notes. A summit on this should be held soon, including the Ukrainian government. Haass’s advice: Set the tentative goal of halting hostilities and then, under pressure from sanctions, encourage Putin to withdraw completely from Ukraine.

Alina Polyakova (Johns Hopkins University) and John Herbst (Atlantic Council) oppose this kind of compromise in a fiery argument. Ukraine is capable of completely winning this war, and that is what politics and international support must focus on. Defeating Russia is the only way to stop further Russian aggression against neighboring countries and protect global security. It will be a victory for democracy over authoritarianism and give a boost to liberalism in the world.

It is much more likely that this conflict will drag on for years to come, with no clear winner or loser, write Liana Fix (Körber Foundation) and Michael Kimmage (Catholic University of America, former top diplomat). This would not be such a bad result for Putin: he does not have to admit defeat and can tighten his grip on the Russian people. Meanwhile, popular support in Western Europe will wane due to the economic sacrifices required for sanctions against Moscow. Ukrainians’ heroic struggle ‘like a Hollywood movie’ still excites, but Europeans and Americans would rather get ready for a war of attrition.

No matter how long the war lasts, the EU and the US will have their hands full with Ukraine for many years to come. The country must get back on its feet, just like Western Europe with the American Marshall aid after World War II, write Melinda Haring (Atlantic Council) and Jacob Heilbrunn (National Interest). It takes a lot of money to rebuild and reform a truly liberal democracy. Philip Zelikow (University of Virginia) and Simon Johnson (MIT) argue in an article that the frozen Russian assets should be transferred to the Ukrainian government in advance.

The United States must now act as a world power again, forced by Putin, writes Robert Kagan (Brookings Institution). The invasion of Ukraine is a moment like ‘Pearl Harbor’: it is no longer possible to stand by (as Trump loved to do). NATO’s fantasies about a harmonious relationship with Moscow after the end of the Cold War were self-deception. What made the invasion of Ukraine so shocking to many in the West was its “anachronistic” nature, the old-fashioned conquest of territory, writes Tanisha Fazal (University of Minnesota). It was agreed not to do such a thing in the international organizations, was it not? Russia must be forced to withdraw to restore that norm.

Even Francis Fukuyama, who wrote a bestseller after the end of the Soviet empire and proclaimed “the end of history”, a statement he has had to adjust significantly over the last twenty years, now writes that the vision of globalization, where countries mean less and less, has become nothing. In fact, liberal democracies are losing to authoritarian regimes, such as in China and Russia. ‘Liberalism needs the nation’ is his slogan now. Zelensky’s Ukraine gives him hope: see how powerful nationalism can be in the struggle for a free society.

In contrast, Putin’s nationalism. To the outside world, the invasion of Ukraine was a meaningless undertaking, but to the Russians it was a logical next step in Putin’s domestic policy, from moderate to extremely authoritarian, writes Daniel Treisman (University of California). He provides a terrifying historical overview, in which a major role is reserved siloviki, ‘a small group of yes-men and reactionary security agents’. The solitaire now forms Putin’s entourage, driven by ‘anti-Western nationalism’.

But the Russians themselves are also suffering, claims Russian journalist Andrei Kolesnikov (Carnegie Endowment for International Peace). Now Putin seems to have broad popular support, and his propaganda seems very effective, but that support is fragile. The repression cannot become much more extreme, and if international sanctions continue to bite, that support could crumble very quickly, he expects. It is a ‘dead end’ for Putin.

Meanwhile, the West’s aversion to the Russians is growing, to Kolesnikov’s regret. It sounds banal, he writes, but Putin and the Russians are not wet. If there will be one soonpost-PutinRussia is being built, we should no longer see the country as ‘an enemy enclave’ that the rest of the world wants nothing to do with.

But first the dreaded battle of the Donbas.