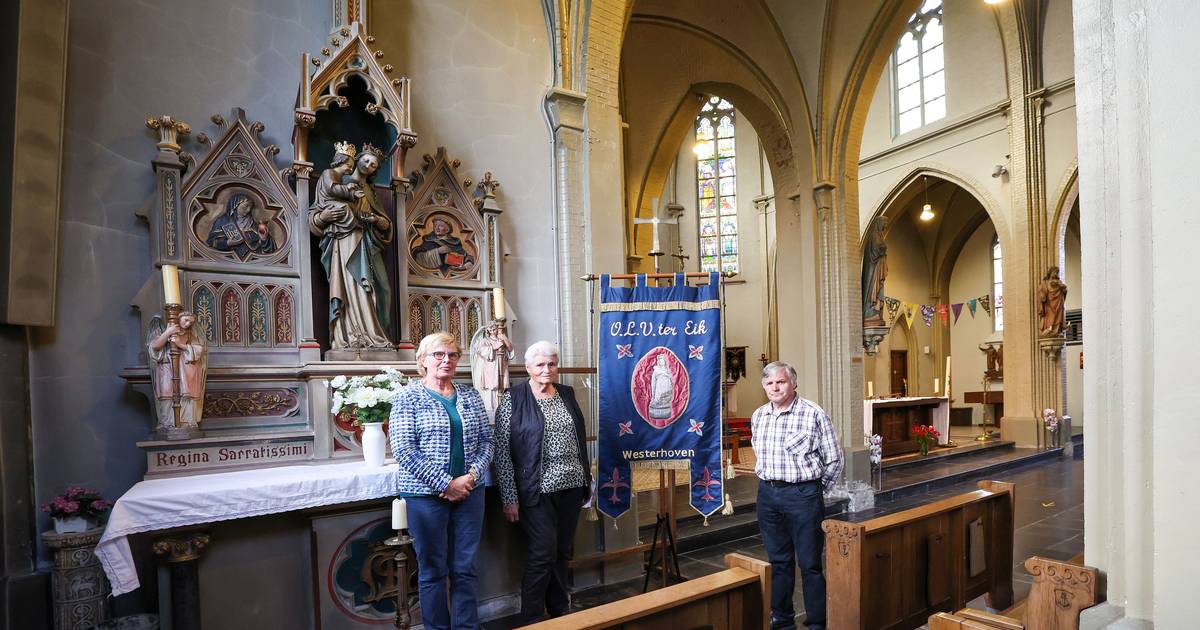 WESTERHOVEN – It was actually meant to tackle the 150th procession from Westerhoven to Meerveldhoven in a magnificent way. But here, too, the corona hit a screw. After a two-year delay, the time has finally come on Saturday. The organization secretly hopes for a symbolic number of 150 runners for this 12.1 km long race.

Maria’s children used to resound through the viaduct at Veldhoven. It could often be heard far out in the area. Everyone knew then that Westerhoven was going to Meerveldhoven. “We also went with the flat carriage together with the brass orchestra and the church choir,” says procession master Rikie van Eck (75).

The anniversary procession starts on Saturday at the church in Westerhoven. The runners gather there at 7.15. A number of runners join Riethoven. This includes Jan Kwinten for many years. “A fair used to be held there, after which it continued,” he recalls. 9:00 a group will cycle to the Christ the King church in Meerveldhoven, where the mass will start at. 10:15.

Before then, at 10.00, picks up the Veldhoven pastor Frank As, pastor Luc Buyens and chaplain Piëtro (Westerhoven) with Lambertusgilde van Meerveldhoven on the corner of Provincialeweg and Kapelstraat-Zuid to go to church together. Auxiliary Bishop Mutsaerts also wanted to be present, but he canceled at the last minute.


Young procession masters are sought. Otherwise, we can not continue the tradition later

The procession masters are hoping for more than a handful of runners. ,, The old book says that this should continue for a hundred years and it happened, because in 1971 was last run. Hiking was resumed again on the 100th anniversary of Westerhoven’s parish church in 1983. Since then, a varying number of people have joined the team, ”says Henk Heijmans (67). In secret, this time they are hoping for a symbolic number of 150 runners on these 12.1 km.

The procession in Westerhoven has about 400 members, who each pay 1 euro. It used to be 50 øre, ”says Henk Heijmans and even earlier ’10 øre ‘, as the booklet indicates. The procession masters will collect this money from the people personally every year. Contributions are given to the choir, the brass band and the candles are paid for. Mass is also celebrated for each deceased member.

In Christ the King Church, the fanfare Irene and the Westerhovense St. Servatius Choir will provide musical support for the celebration. At the end of the Mass, people used to walk through the garden, but for a number of years a group of believers (formerly young virgins) carry the statue of Mary around the church with crosses, flames, candles, banners, bridesmaids and the priest.

“This time all pilgrims are offered a sandwich because of this special anniversary for the parish in Meerveldhoven. The runners get coffee or tea in the rectory before the mass, says Ciska Smolders. Rikie van Eck comes with another appeal because there must be young procession masters out over the current group consisting of Piet Wuijts, Truus Kwinten, Diny van Hout and Antoinette Peeters. “Otherwise we can not continue the tradition,” she says.