In the movie Groundhog Day, a weatherman with a rather unpleasant character experiences the same boring rotten day – Groundhog Day – every day until he finally puts his house in order and at the end of the movie is freed from the eternal, insane repetition.

For those who list the recent years’ nitrogen proposals from the Ministry of Agriculture, the film is a celebration of recognition. Each time, instruments, models and programs are designed to restart the stopped machine while moving the nitrogen reduction and the necessary nature restoration into the future. After which it turns out that every morning is Groundhog Day: the measures seem to be ineffective, the models are wrong, the permits fail in court, the quality of nature continues to deteriorate, and the frustration increases.

To those who thought there was finally light at the end of the tunnel; the draft legalization program for PAS messages is once again proving to be the headlight of an approaching train. The ministry continues in its mistakes and has not yet got things under control. If the legalization program is implemented like this, tomorrow is Groundhog Day again.

Greenpeace Holland, the twelve nature and environmental federations, Milieudefensie and SpeciesNL have therefore issued a statement in which we repeat this point from the Council of State:

“On the basis of PAS, in anticipation of future positive consequences of measures for protected nature areas, permission has already been granted for activities that may be detrimental to these areas. Such permission ‘in advance’ is not permitted (anymore), according to the Administrative Jurisdiction Division. For that reason, the decisions on livestock farming that are central to this judgment do not reach the goal. There is no appeal against the decision. “

It does not get much clearer than you might think: prior permission is not allowed. Yet the legalization program casually aims for it. We understand the government’s desire to achieve legalization quickly, because most so-called ‘PAS reporters’ acted in good faith by making a report. But wishful thinking has already gotten us in trouble with this file before. We have invested billions in air scrubbers, magic floors and wonderhouses, but time and time again they do not do what they promise to do. Moreover, the environmental conditions in our nature have deteriorated to such an extent that remedial measures no longer always lead to recovery. The stand is out: In some cases, we even control our nature to pieces. If you then start again with the legalization of permits for even more emissions, you start on the wrong side of the problem. Legalization of PAS reporters will be the result of a good policy that puts our nature in a favorable state of preservation, not the other way around, as the ministry is now trying again.

By rushing a legalization, it seems the ministry is doing farmers and other developers a favor, but they are once again being thrown into a pinch. If you look at the Draft legalization program (pdf; 0.7 MB), you will see that the PAS reporters are sent in an arrow scheme with Hotel California qualities: you can get in, but you never get out. 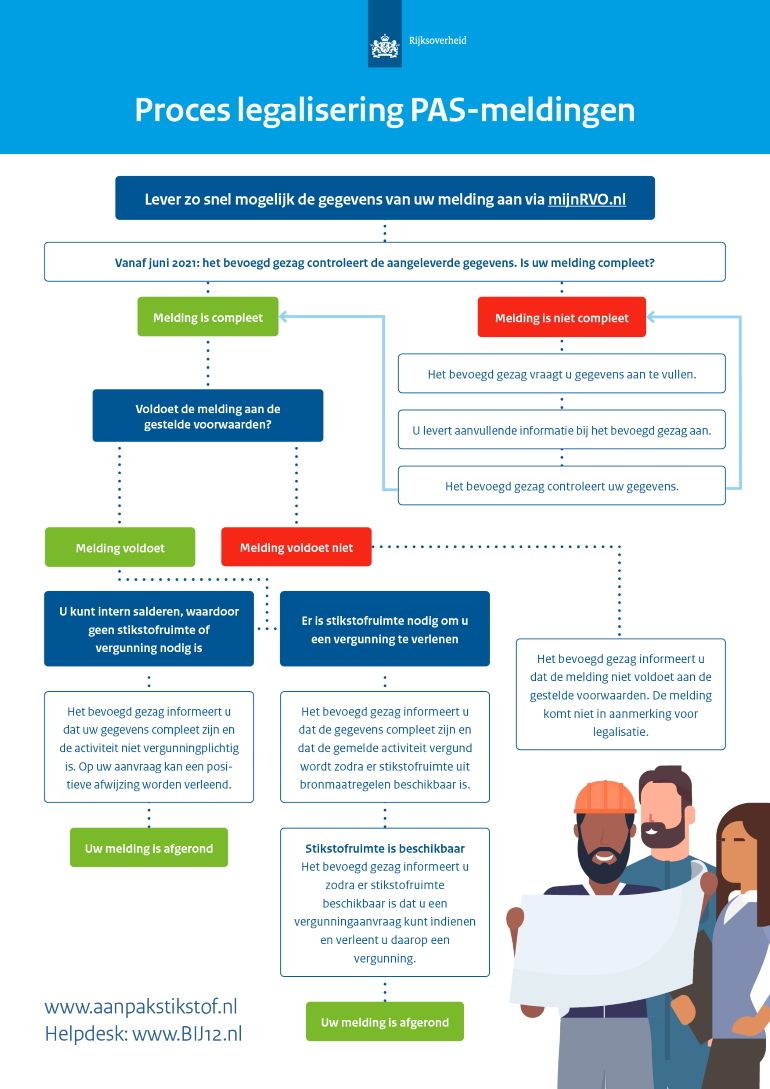 Nature is missing in the scheme

The most important box that the judge will also check is missing from the chart. It is the box that would say something like “the species and habitats are in a favorable conservation status or at least not in further decline”. As long as we try to prioritize development permits in our procedures and tools, while trying to sweep the unfavorable state of nature under the rug, it does not work, and tomorrow is Groundhog Day again.

How should it be?

It was a farmer who found that the sensible choice is actually always the opposite of what the policy suggests. It will not always be right, but with this program it works surprisingly well. Also in a practical sense. The current proposals start with legal issues and end with a concluding chapter on governance, finance, monitoring and participation.

If we go backwards through the program during the preparation, it can even be good. Then we start with participation, monitoring, finance and management; precisely the things that are necessary for – together with those involved – to be able to control the quality of nature, from which, if the monitoring shows that things are going well, a legalization can follow with legal certainty for the builders and entrepreneurs involved. It is even possible within the context of the coalition agreement, but the necessary bills still need to be moved in the ministry and in the House of Representatives.