In 2014, the underpass to the Gasthuismolenbrug in Utrecht was named one of the ‘scattered bicycle tunnels in the Netherlands’, but that has long ceased to be the case. Since 2019, a group of local residents have been cleaning the bridge every four weeks. For example, they remove graffiti and street dirt, and they keep it green. Before then, however, the residents had to work a lot with the artist Hans van Lunteren. After several years and a good deal of perseverance, Hans van Lunteren, in consultation with the residents, created a design under the heading ‘A bridge as a work of art, restyling Gasthuismolenbrug’, which was carried out in 2019. Now it is up to the residents to follow.

Gasthuismolenbrug is a railway bridge that crosses the Vecht and connects various Utrecht districts. The building was designed by architect Sybold van Ravesteyn, known for, among other things, the old main railway station in Utrecht, Signal House Blauwkapel and Museum House Van Ravesteyn on Prins Hendriklaan. Van Lunteren therefore speaks of a ‘bridge as a work of art’. On Saturday, April 30, a handful of local residents gathered again to clean the bridge. “Sometimes we have to do a lot and other times a little less. This time it is not so bad with the amount of junk and graffiti “, says Van Lunteren.

Majne van de Merwe tries to remove graffiti from the wall along the walkway with a sponge and soapy water, Linda van Roon and Annemargreet Meurs a little further away with a broom sweeping all cigarette butts, rubbish and dead twigs together and on the other side, Wiel van de Horck, part of one of the columns was white again after someone sprayed something with graffiti on it. “All these little things together determine the atmosphere,” Van Lunteren says. “Because we clean it every four weeks, others are less likely to make a mess of it.” 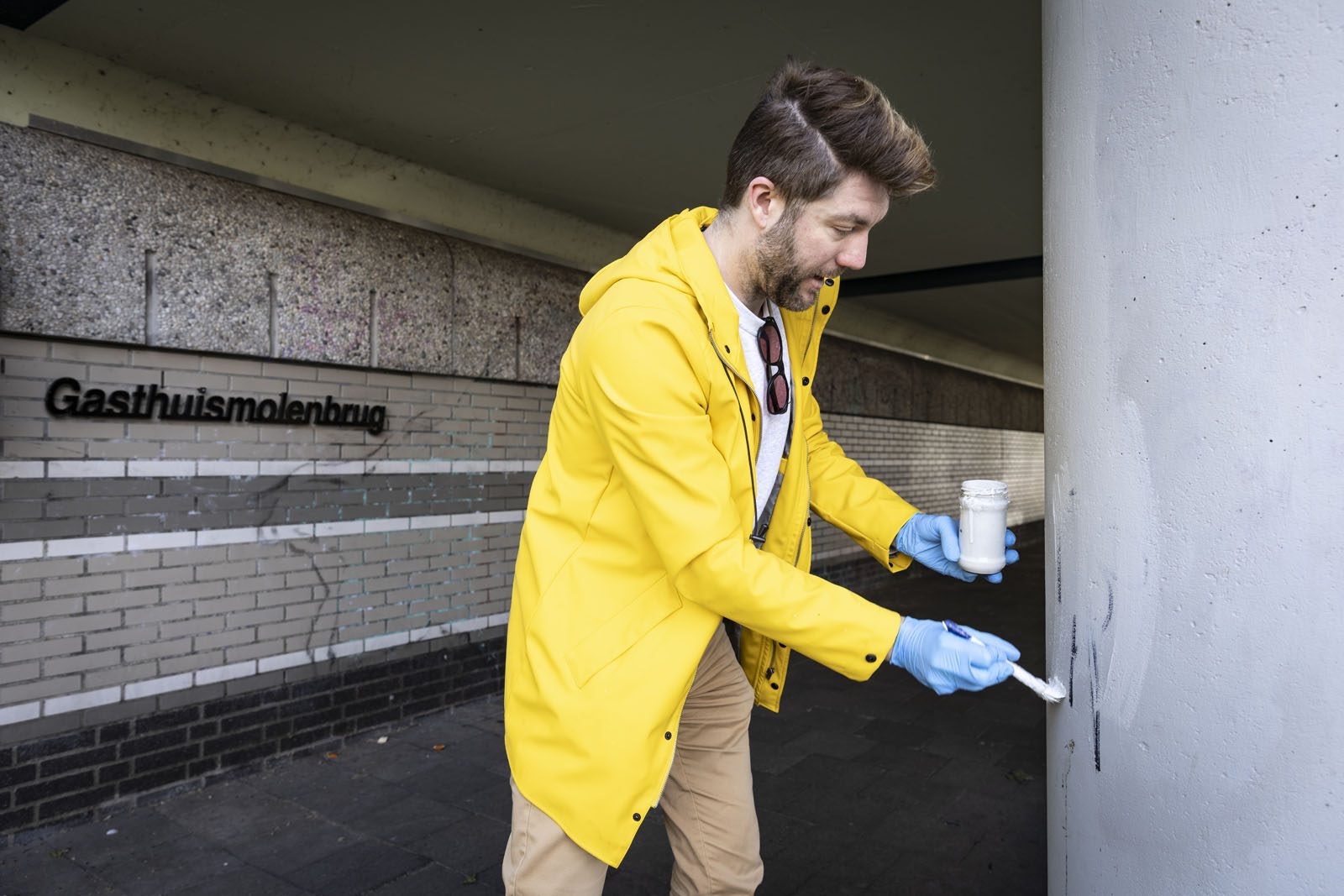 But the story of the local residents involved started much earlier. “The inn pier has been a thorn in the side for a long time,” says Linda van Roon. “In 2012, the municipality presented a plan to renovate the banks of the Vecht. We then hoped that the bridge would also be taken, but that was not the case. We have therefore applied for a so-called quality of life budget at the district office and we have been able to do a lot with that money. For example, we have planted new trees along the water. ”

But the locals wanted more. That is why we have presented ProRail, the owner of part of the bridge, with a plan to repair the bridge itself. They liked this idea, but they would not pay anything. Then we went to the municipality, the owner of the underpass, to see if they could do something for us. We were constantly sent from pillar to post by both organizations, and in the meantime nothing was done about the bridge. ” 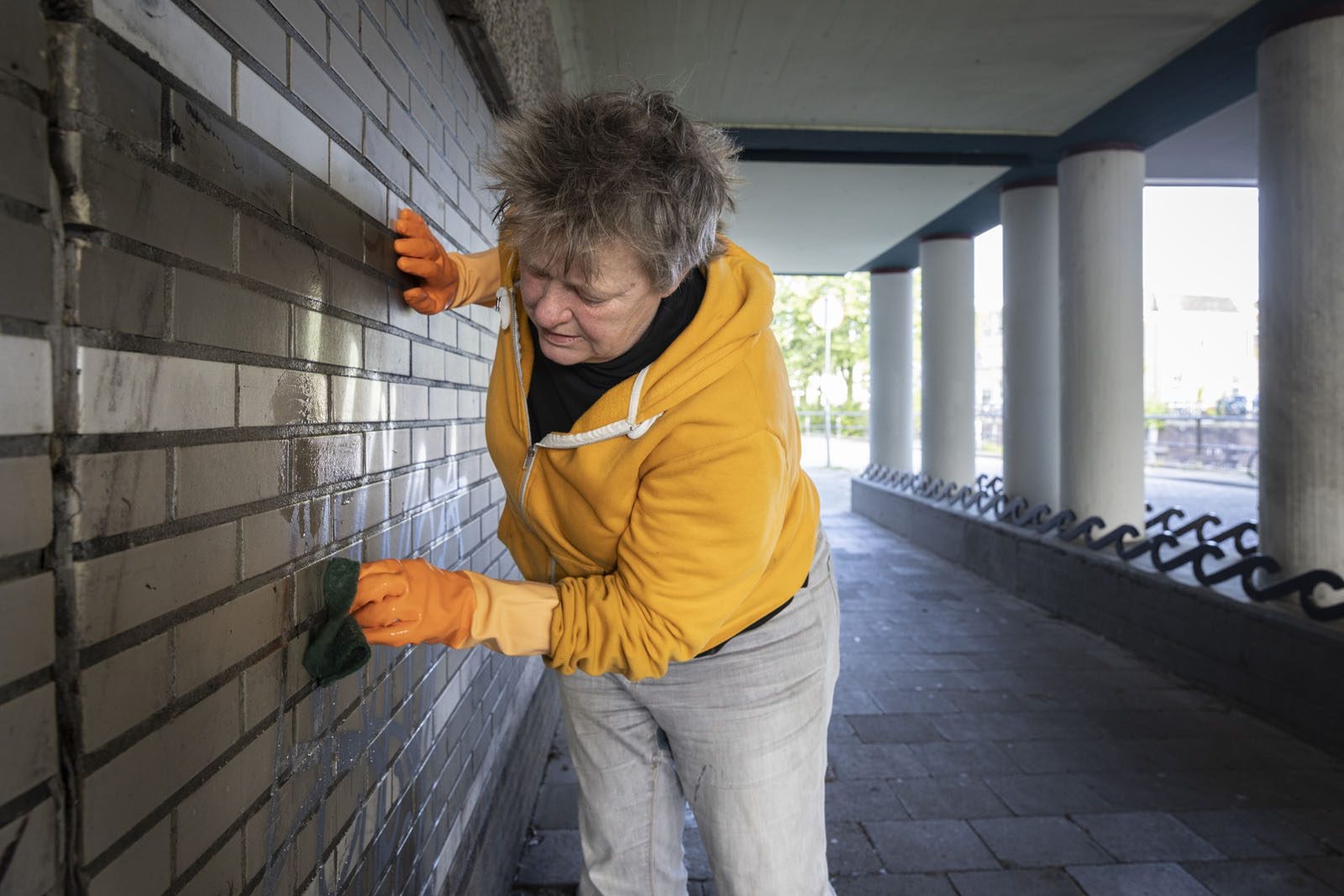 Therefore, in 2014, local residents decided to participate in the election ‘the most sinister tunnel in the Netherlands’, which was organized by the energy company Nuon (now Vattenfall). The inn pier ended up in third place and received 10,000 euros to make the structure attractive again. After a series of meetings with, among others, the then responsible councilor and ProRail, the municipality decided in 2016 to put 78,000 in the bridge. It came in addition to Nuon’s 10,000 euros.

Another year later, in 2017, Hans van Lunteren became involved in the project. He devised a series of subtle adjustments that would make the Gasthuismolenbrug once again come into its own as a work of art in the public space. “To begin with, I hardly added any new elements. I would try to express Van Ravesteyn’s work in all its glory. For this, for example, I grabbed the lighting and made a new color scheme, where the columns along the roadway are white, the upper part of these columns has a red ring and the narrow metal strip at the bottom of the column walls. is painted copper green. The only thing I have added is a metal cladding that runs over the concrete strip that contains the columns. This ensures that no people can sit on it, making the place less attractive to non-residents. Finally, the name ‘Gasthuismolenbrug’ has also been affixed to the bridge with metal letters. “ 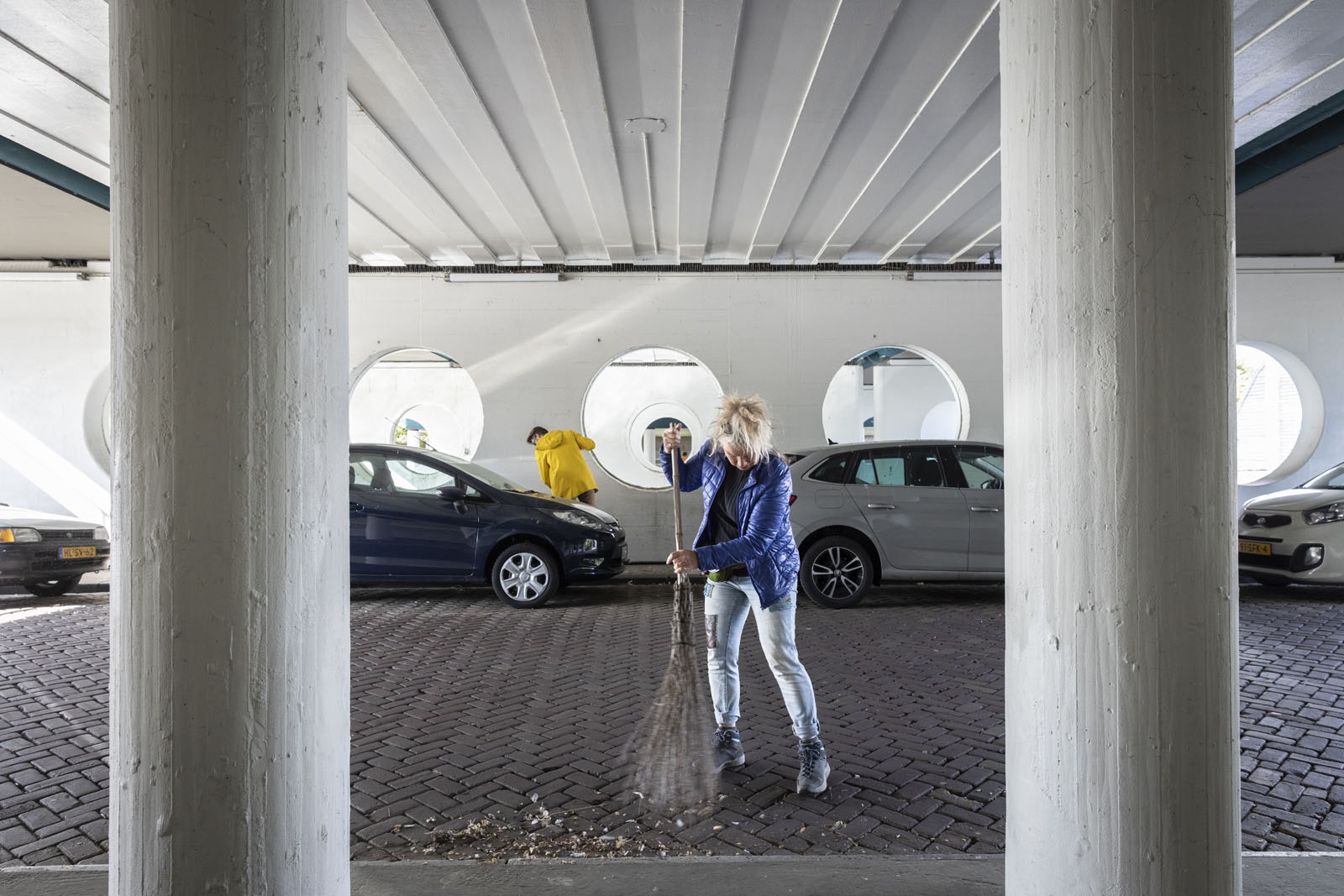 In addition to the monthly cleaning of Gasthuismolenbrug, the cup of coffee after work has also become a tradition in the group. Previously, they used to do this in the adjoining schoolyard, but recently they set up their table and a few chairs on the walkway next to the bridge. Van Lunteren: “The good thing about this is that we can now start talking to passers-by much faster. Then we explain what we have done and many people are excited about this. Some even offered to help once. ”

In addition to the four-week maintenance, a number of subtle adjustments to the bridge are on the agenda. For example, Van Lunteren wants the ‘ugly’ and ‘aggressive’ fences along the pedestrian bridge to be replaced again. “We are doing all this to ensure that Gasthuismolenbrug does not return to its old state where it was a tender for local residents, but that people can actually enjoy the bridge as a work of art.” 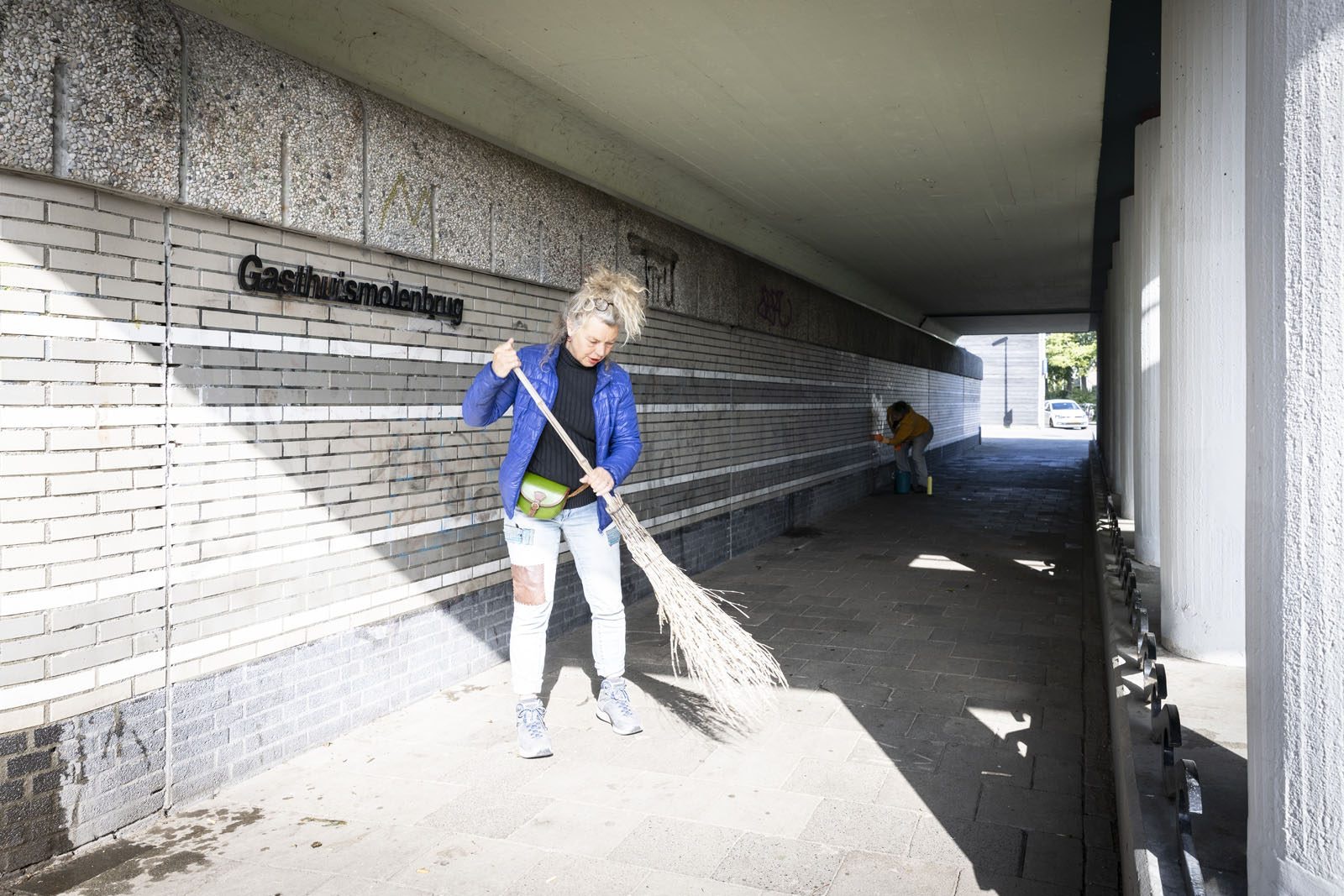