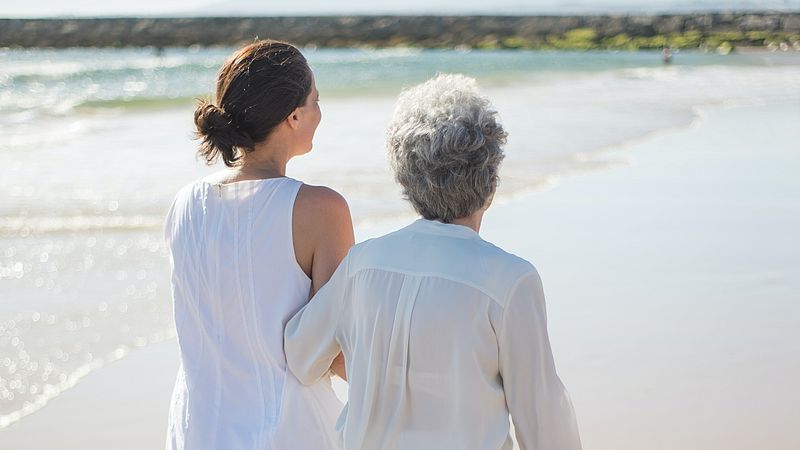 Who is your mother? Basically you would say: the woman who gave birth to you. It’s different for Lily and Esther. They found the maternal love in another woman.

It’s something that feels like a huge gift to both of them.

After her kindergarten teacher noticed that she was being abused and neglected by her biological mother, Lily Monori van Dijken was placed with a foster family. “I was about 4.5 years old when it happened,” she says.

The relationship between Lily and her foster mother Tineke (73) was good from the first moment, she says. “She took a year off to take care of me, to learn to bond. The feeling that you are in your mother’s womb, that you are building a bond. I got that in the year she was with me.”

The bond with the rest of her foster family is also very close. “It’s like getting into a bed that’s spread out. I compare everything to smells. A baby smells a certain smell with his mother. I had that with this family,” she says. “I grew.”

Mother as a gift

“I could go to her with anything,” Lily says. “My mother is my world, my family anyway. It was quite difficult when I started living alone, also for my mother, because you want to call every day. She is the building block in my life.”

There are no plans for Mother’s Day, because Lily’s parents are usually on holiday during that period. “But for me, it’s always Mother’s Day. Mother’s Day has a different essence when you have your mother. It’s a gift,” says Lily. “We celebrate life at different times. With a glass of dry, white wine.”

Out of the house

When she was 17, Esther Groenewegen-Jonker was thrown out of the house by her mother. “My parents were going on a trip, but eventually my dad went alone. My mom said, ‘He’s not there anymore to protect you so you can leave.'”

“I was unlucky with the relationship with my mother. She was always very angry, quarreled a lot or could keep her mouth shut for days without knowing why,” says Esther (52). “She herself had had an unhappy childhood, so she could not give me what she did not have herself. I thought for a long time that I was not worth loving.”

Astonished, Esther went to her then boyfriend’s house. “I was allowed to live there. His mother thought it was the most normal thing in the world. I even got my own room,” she says. “It was very nice. It was only a while, but it was a nice place with a sweet mother. It was good to know I could count on her.”

“She even went to my expectant mother once to talk about it,” Esther says. “It was a difficult conversation, she could not get through my mother’s anger, so nothing had come out of the conversation.”

The contact thinned out a bit when the relationship between Esther and her boyfriend ended. “I was young, my heart was broken. But I was also very scared of losing that family. I also had really good contact with his sister,” she says.

“It had become a bit of my family. My parents always quarreled, even with other relatives. It resulted in me never getting to know my family well,” says Esther. “It’s a very lonely feeling, especially during the holidays. I really love family.”

After living in the United States for 10 years, Esther re-established the connection with her former mother-in-law, Selien, through social media a few years ago. “At first it felt a little awkward, but when I lost my dad 5 years ago, we became more intense.”

“The contact is very dear to me,” says Esther. “She always says to me, ‘You are no longer my daughter-in-law, but you will always be my child.’ That’s the sweetest thing anyone has ever said to me. It touches me so much that someone thinks of me like that.”

This Mother’s Day, Esther is going to her. “I can laugh a lot with her,” she says. “I asked if she’s not busy with her own children, but she is not. So I think I’ll take her to lunch. If we talk, we’ll be back in a few hours.”

“It’s great, the love she gives. She really appreciates me. It’s very small, but to me it feels very big,” she says. “She’s not my biological mother, but she feels nicer, more secure and more confident than my mother has ever done.”