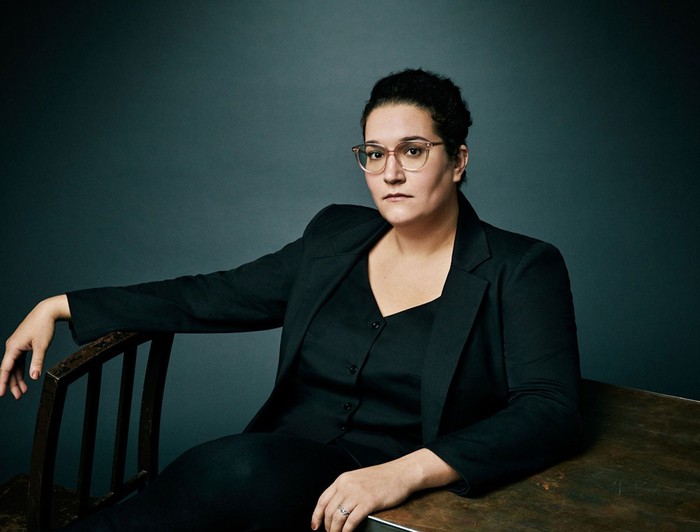 Two ingredients are indispensable in the romantic horror story. First, Carmen Maria Machado writes, ‘woman plus home’. What does not belong in the home still penetrates it. Indoor security is not only abolished, the supposed security serves as a cover for anything that can not or will not tolerate daylight. The house guarantees silence, and it’s the atmosphere where the real horrors take place (it’s the icy silence in ghost stories that is so frightening, the fact that the dead are silent, not that they speak). The second element: ‘marrying a stranger’. Not that they were married, but in hindsight, Machado writes, it was the most unadulterated eerie element in her own story: That she had no idea who she had actually teamed up with.

Machado’s story is the story of a woman who systematically distrusts, demeans, manipulates and abuses another woman. That violence takes place in small, almost subcutaneous ways: a series of text messages with a hint of threat, a hand that ties a little too tightly around an upper arm, a whispered “I hate you” in the ear, the assurance that it is it’s all part of it because love relationships between women are more intense (Machado is inexperienced in the area it is her first relationship with a woman). But the violence is also of a more direct nature. One night, Machado feels so insecure that she locks herself in the bathroom; a car ride turns into a hell ride where her lover drives so ruthlessly that she is convinced she will die.

The reading experience is ambiguous: from a distance you see very precisely how it all unfolds, it is quite clear that what is happening here deserves the predicate abuse, and also that it only gets worse. At the same time, you are so close to the narrator’s skin that you experience it with her. The tightness, the fear and above all the confusion: can she call it abuse? Isn’t it just the back of ecstatic, obsessed love? Was domestic violence not reserved for heterosexual relationships?

‘I throw the stone in my story into a huge chasm’

Machado has done his best to put his story, which is basically a rather crude account of a course of events that is becoming more and more out of control, in a literary form. The ‘dream house’ from the title refers to the concrete house in Bloomington, Indiana, where most complications take place. But it is, of course, primarily an architectural metaphor. ‘Places are never just places in a text,’ Machado notes. ‘The device is not idle. It is activated by perspective. ‘ And then the dream house is constantly changing shape: it is a ‘monastery of promise’, where the two lovers sit opposite each other and work behind their laptops, an ‘excrement cave’ for everything that is sensual, a haunted castle, a prison and, finally a ‘memory trap’.

The chapters sometimes present themselves as a style exercise, but more often as a commentary or an academic analysis. This works in part because the lens of a particular genre provides a new insight or surprising perspective on facts. For example, Machado examines the phenomenon of the queer villain, where he sees events through a ‘classification of folk tales’, which connects concrete events with classic fairy tale motifs.

But the amount of short, sometimes ultra-short chapters (147 in total, in a book of three hundred pages) also makes the whole thing a little diffuse and at times easy. Machado writes programmatically and tends to make his intentions explicit. In the chapter ‘Dream House as an Introduction’, she explains what she is about: breaking through what professor of African-American studies Saidiya Hartman called ‘archival silence’: the idea that what is included and omitted by the archive is a political deed, and that in the gaps of an archive there are whole worlds of unwritten grief.

“I add to the archive that domestic violence between partners of the same sex identity is possible and certainly not uncommon, and that it can take this form,” Machado writes, adding something pompous: “I speak in silence. I threw the stone of my story in a gigantic ravine; measure the void at the slightest noise it makes. ‘

Despite the volatility of the individual chapters, the book manages to reveal the complexity of the problem – violence within queer relationships and the way it is traditionally kept silent. Machado dismantles the myth of the lesbian relationship as a paradise sung apart from everything that makes women’s patriarchy such an unfortunate place; shows how silence is maintained not only from the outside but also within the community; is convinced of the emancipatory power that breaking this silence can offer people who have traditionally been marginalized. Not only with arguments and archival research, but especially with the vivisection of her own experience, she makes tangible how essential it is to emerge such stories from the dungeon of the individual memory and add them to something like the collective memory.