Tholen – This week, Kees Wantenaar resigned as chairman of GroentenFruit Huis. During the GMM, Kees received many compliments for the way he served as chairman. “I look back with pleasure on it and am grateful that I was able to say goodbye in this way.”

Before joining the then DPA, Kees had made his mark in the dairy sector. As chairman of Campina, for example, he was closely involved in the merger with Friesland Food, which led to the company Royal Friesland Campina, of which he was chairman until 2012. He also ran a dairy farm and ended his managerial role in the dairy as chairman of the Dairy Product Board. Kees was also chairman of the board of Plus Retail until 2022, when it merged with Coop.

Kees surrounded by his family during his farewell this week

Kees quickly felt at home in the fresh food sector. “I first really got to know the sector when I came in. But when you come on company visits and see how much enthusiasm and knowledge people work with, it gives a lot of energy. And the whole Dutch fruit and vegetable sector, both in “Growing, importing and exporting is, of course, also an internationally crucial player, leading at all levels. However, I think it made a difference that I had an entrepreneurial background and therefore could have empathy with the cause.” 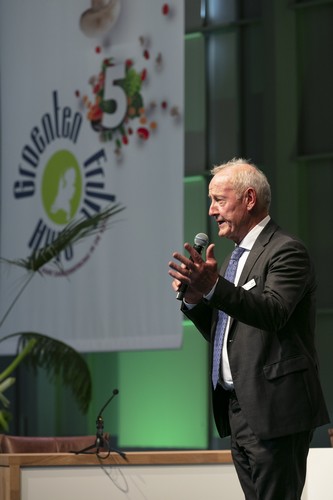 Kees was originally chairman of DPA and played an important role in the creation of DPA and Frugi Venta in GroentenFruit Huis, after which he became chairman in 2017. “Organizationally, this has been the biggest challenge, and the merger process has therefore taken place in several stages. I has enjoyed leading this process.It is not always smooth.When two organizations merge, one sometimes has to take two steps forward and one backwards.The trick is then to remain calm to still be able to take those steps forward.Chain thinking got an increasingly “central place in the fruit and vegetable sector, and this was reflected in the formation of the GroentenFruit Huis. there are different commercial interests and competing positions – you have to accept that too – as long as you see the greater importance of the chain.” He does not want to burden his successor with whether a further merger with parties like LTO or NAO is obvious. “I think it is very important that you know how to find each other in places where you touch each other and that you have a unique history in Brussels and The Hague.”

Unforgettable, Kees calls the Russian boycott, not long after he took office as chairman of the DPA. “Then the relationship between Russia and the EU became very topical, and it is again today. The boycott had major consequences for a number of individual companies. If trade flows do not recover, the art of keeping its product and its trading position in one is of course high. degree up to the companies themselves, but as an interest group we naturally tried to do the necessary lobbying, the sales were very different from company to company, but also in relation to the labor to be provided by Dutch and foreign people. “

Conformity in thinking
“I think it’s nice that the chain sees more importance in the lobbying that is taking place in Brussels and The Hague. I think there has been more consistency in thinking about this in the whole sector. Although it “not everything gives results, and you do not always achieve some goals. realized that there is more support for it than, for example, ten years ago,” says Kees. “And sometimes you only see results later. For example, a few years ago we indicated that something should be done with the VAT on fruit and vegetables, and now it seems that steps are being taken in this file. Be a good result. “

The driver has to think a little about the questions that he might have left his mark on even more. Finally, he comes to the topic of data. “In my opinion, we as an industry should take even faster steps there in relation to the entire footprint. I would have liked that to have been important throughout the chain.” He is proud of the sector’s positioning in the healthcare field. “We have the privilege in the fruit and vegetable sector that we have a very strong position in relation to public health. My successor’s profile, Cathy van Beek, fits this perfectly and she will no doubt give it even more substance. It’s fantastic. , that she looks at the sector so enthusiastically from her background. “ 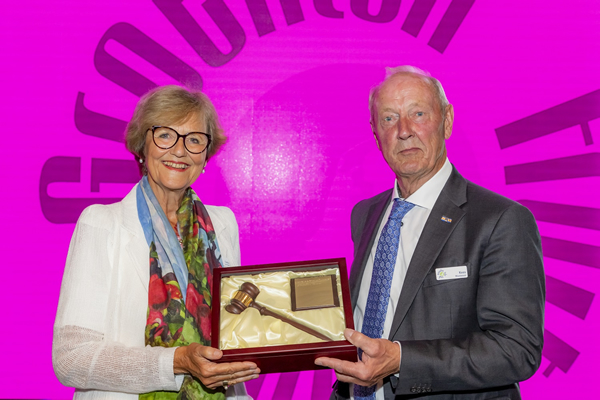 On average, Kees was active with the presidency one day a week. “Some weeks it was less, other weeks it was emphatically more, but in general you came to that. I’m 72 now, so it’s also a good time to finish the administrative work, especially if you can do it with a good “I have enjoyed my presidency and look back on all the years with gratitude,” concludes Kees. He does not expect a return to the fruit and vegetable sector. for people. The great work is now behind us. I would like to take this opportunity to wish the companies good luck. a healthy membership is also of great importance to GroentenFruit Huis and therefore the whole sector! “