No matter how well the presenters on YouTube try, some products the viewer would like to try for themselves. Especially when it comes to a big purchase like an electric car! And that’s why “Fully Charged Live” was created. And after both corona and many shows in England, Fully Charged is now going around the world.

Amsterdam was chosen as the location for Western Europe because of its good accessibility, also by electric car. The show is adapted to each place. In America, for example, electric pickup trucks and armored vehicles are at the center, while in Amsterdam you can also see two-wheelers and boats. Regardless of the location, the main role is played by electric cars, which is why they can be admired in all shapes and sizes in the “electric avenue” (see panoramic photo).

During this first edition of Fully Charged Live in Western Europe, several major automakers are still missing in droves, but the new Chinese brand XPeng is prominently present with two new models. P5 and P7 can be seen on the stand and can be driven outside. However, the cars are not for sale, the brand currently only wants to measure reactions from motorists. Based on this, a model tailored to the European market will be developed in the long term.

Dutch carmaker Lightyear is building a car with solar panels. “Lightyear One” can therefore charge without plugs and even manages to get energy while driving to an even greater range and even lower mileage costs than other electric cars. However, the model is still under development so that only one prototype can be seen. 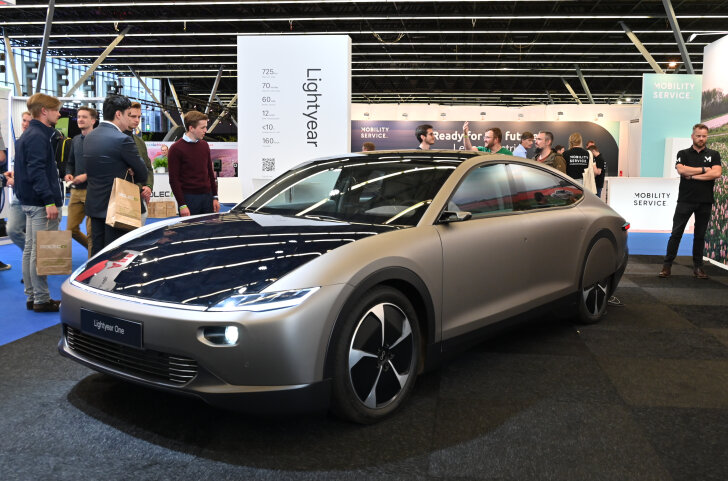 A real world news comes from the Dutch Squad Solar City Car. This electrically powered microcar has solar panels on the roof. Under ideal conditions, this means that the energy can be recharged to 20 km a day. The battery is removable so it can also be charged if the owner lives on one floor. Solar City Car is expected to cost DKK 7,500, which makes it significantly cheaper than the current offer with an internal combustion engine. 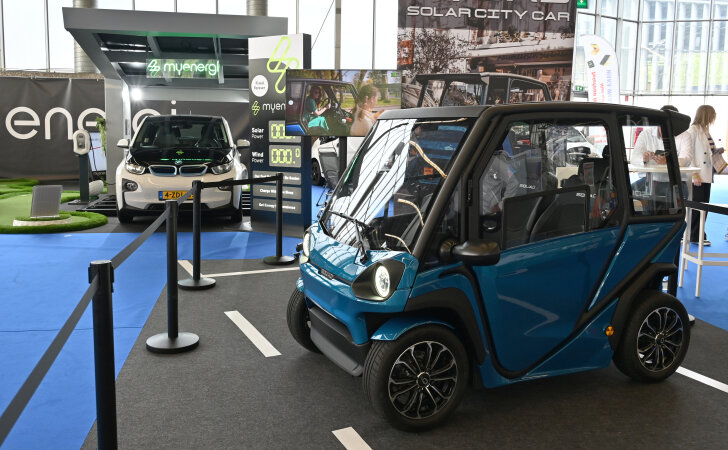 The editors’ favorite is a tricycle from Estonia: the Nobe 100 GT with a mischievous retro design. The 100 GT is officially qualified as a “trike” and must therefore meet less high (safety) requirements than a car, although the manufacturer strives for this. The car is built on a carbon frame and has a plastic plate to exclude rust. Nobe wants to build sustainable cars that can be customized over their lifetime thanks to a modular design. For example, battery, motor and other electronics can be replaced relatively easily if better technology becomes available. 100 GT has a target price of 40,000 euros and now has a first dealer in Belgium. 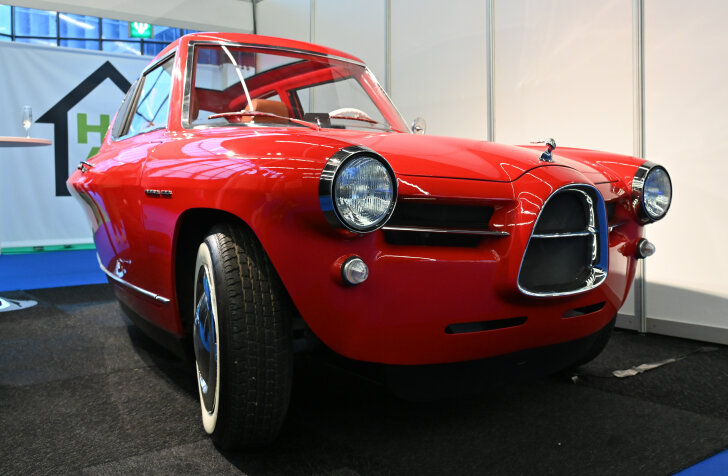 Not retro, but really classic, are the various vintage cars that are retrofitted with an electric drive. The Belgian Monceau finds the best example of a classic Mercedes-Benz, restores it where necessary and replaces the old internal combustion engine with an electric drive. According to the restaurateur, weight and power are in balance, so the performance is approximately equal to the original (range: +/- 250 km). The price is higher, because the e-SL shown here costs 170,000 euros ready to drive. 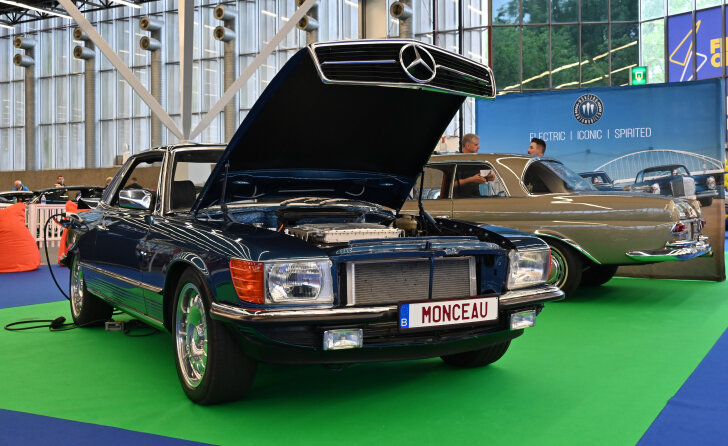 On YouTube, Fully Charged focuses on much more than just passenger cars. So do not forget to visit the outdoor area, where test drives can be made with electric ships, and where a unique “vehicle” is located. BeTRITON is an electric bike, boat and motorhome in one! This wonderful vehicle, designed by an adventurer from Latvia, is available as a set and as a ready-to-use product. 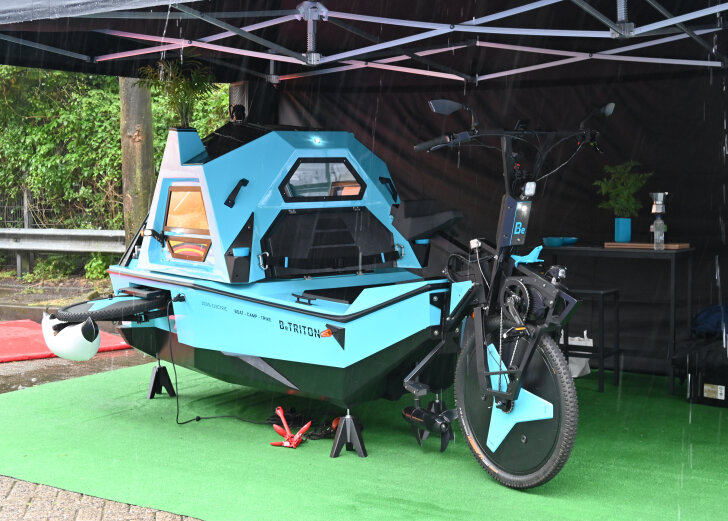 The “van” of the arrival is of a completely different order. This British company specializes in the design and construction of electric commercial vehicles and now offers a bus (72 people) and van for parcel delivery. The first copies have now been delivered in England and as soon as mass production starts (2023) the “van” will be available worldwide. 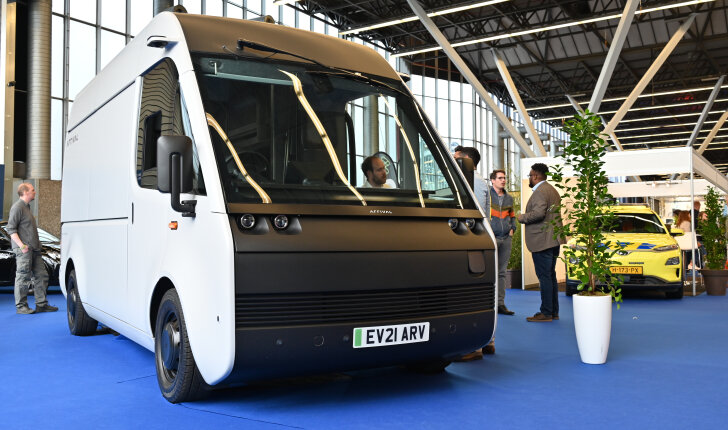 Of course, electric driving does not end with the choice of car. Therefore, there are (surprisingly) many providers of charging stations present. Do you want to charge with or without solar panels? Is the charging point shared with others? Do you want insight into consumption? Should charging start immediately or when the price of electricity drops? The possibilities vary to such an extent that this overview under one roof is very welcome.

There are various providers of payment cards and apps available for public charging. For example, the UK app “Bonnet” can search for charging points (but not across Europe and not from all networks) and arrange payment. The Dutch “Green Caravan” offers a charging card that, in addition to payment comfort, provides insight into the CO2 emissions of the electricity produced. If these emissions are too high, Green Caravan will plant a tree to compensate. 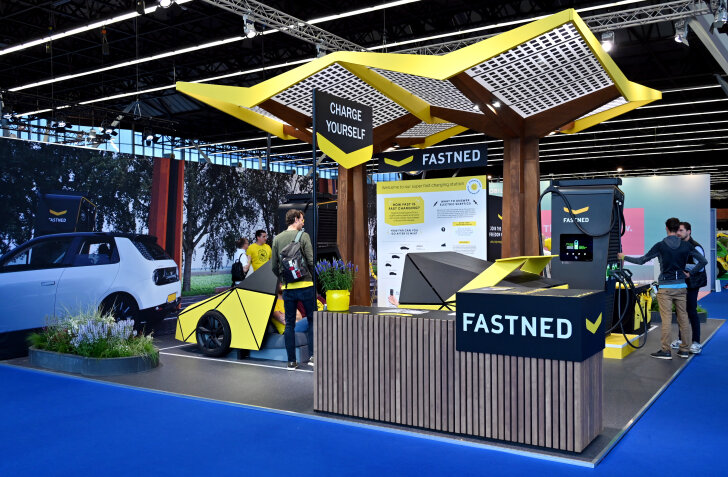 To help real beginners get started with fast charging, FastNed has developed an “attraction” where visitors step by step experience that fast charging of an electric car is as simple as charging a smartphone. Those who complete all steps are rewarded with a carrying case; of environmentally friendly material of course!

What makes Fully Charged Live more than just another car show is the opportunity to meet the idols of the YouTube channel. In two places in the hall, lectures will be given on a number of different topics related to the environment and mobility. This is done in collaboration with experts, but always under the guidance of the stars of Fully Charged. 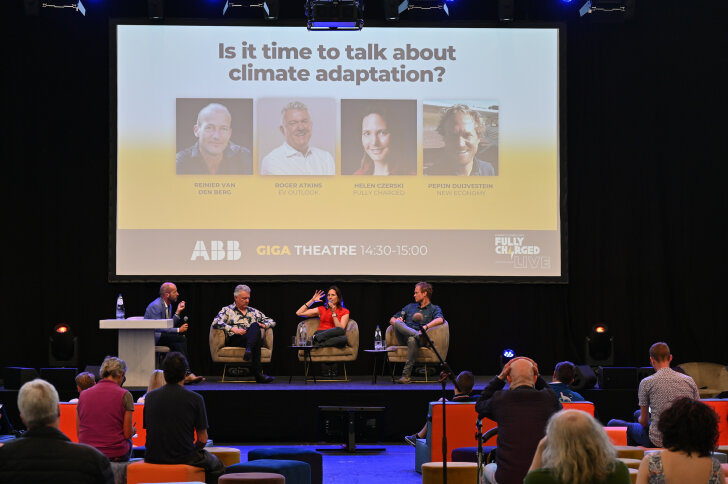 “Fully Charged” is the YouTube channel about electric cars and technology to make the world a better place. To allow viewers to experience the products of the show for themselves, “Fully Charged Live” was created. Following several releases in the home country of England, Fully Charged Live is now being organized worldwide. This is, of course, the first Western European edition, as the show is much smaller than that in England. It is only one hall in Rai plus a small outdoor area.

Those who do not yet have an electric car can find out about the many possibilities of electric transport on Full Charged Live. The term “transport” has been interpreted as broadly as possible: from two-wheeled cars via passenger cars to trucks and even boats. Some of them can be tested on site or sailed. Although the supply is wide, it is not deep (few manufacturers).

Anyone who already owns an electric car will find smart charging solutions or (better?) Ways to pay for charging on Fully Charged Live. Most important, however, is the chance to meet like-minded and of course the stars of Fully Charged.