Amsterdam and Pinoké have been neighbors of Amsterdamse Bos for years with a healthy rivalry between them. But the mutual playoffs in Tulip Hoofdklasse Men have created a significant gap in the relationship between the two hockey federations in a week’s time. Pinoké reached the final of the national championship at the expense of his big brother, but the much-discussed racism incident creates an icy atmosphere in Bos.

On Saturday, after the second semi-final, which was won by Pinoké by force majeure 3-0, there was also a messy affair at the top. “I do not want to say too much about it, but one of our players was sung about his mother by the Pinoke fans. That boy was in tears. I do not know if it is top sport, but certainly not for us,” sighed veteran Teun Rohof, who on Saturday said goodbye to Amsterdam after 21 years of top hockey.

Rohof has been through a lot in his rich career, but the last week was one of the most ‘intense’. It started on Sunday with the first playoff match between the two neighbors. It ended with a victory for De Stitchneuzen via shoot-outs. But much more than the result, an incident after the match has kept the temperament on both sides of the fence quite busy in the past week. According to Amsterdam, one of them was racistly treated by a Pinoké player.

Rohof: ‘It is clear to us that this has happened. Our witnesses were there. ‘

At Pinoké, they had a different lecture. There, the racist statements were also rejected by all on Saturday. Striker Marlon Agriculture: ‘We believe in our player’s words.’

As a result, Amsterdam mainly lodged a complaint with the KNHB. Pinoké did the same with the hockey association about the abuse of Amsterdam captain Mirco Pruyser in the final phase of the match.

It already lowered the temperature in Amsterdamse Bos.

Both incidents ended at the Disciplinary Committee of the KNHB. It ruled on Wednesday that the Pinoké player was guilty and handed out a penalty. Pruyser was also punished. Both clubs appealed. The verdict fell on Friday: Pruyser was found guilty and stood on the sidelines in his normal clothes on Saturday. Pinoké’s player’s verdict was overturned due to lack of evidence.

The statements caused an icy cold in ‘Het Bos’.

They were furious on the Amsterdam side. They felt doubly trapped. Rohof: ‘We missed our captain and our point of contact at the front. There was nothing wrong with them. “

The multiple national champion would not and could not let this pass. The team issued an anti-racism statement on match day last Saturday: on their Instagram account in text, during the warm-up with a jersey with the word racism crossed out.

This made it clear to everyone what was a hot topic behind the locker room doors for days. Jesse Mahieu, coach of Pinoké: ‘The whole situation has put a veil over last week. We were forced to do that instead of playing great hockey. Let me suggest that we agree with Amsterdam’s statement. We are also against racism. Look at the composition of our team, it contains different cultures. Therefore, we have also previously discussed this topic. This was just very annoying, also for Amsterdam. ‘

At AH&BC, the affair had a big impact on the group of players, Rohof said: ‘This was not pretty. Certainly not in the current spirit of the times. I was very shocked. I’m certainly not a saint, but you’ve never caught me being racist. Racism has a big impact. You could also see that with the boy involved, he was really sad afterwards. ‘

Although the affair was of great importance in both Bos clubs, Agriculture also saw a positive side in it: ‘It has given us all strength. I think that was also the intention of Amsterdam, but it succeeded better. Amsterdam is blue! ‘ 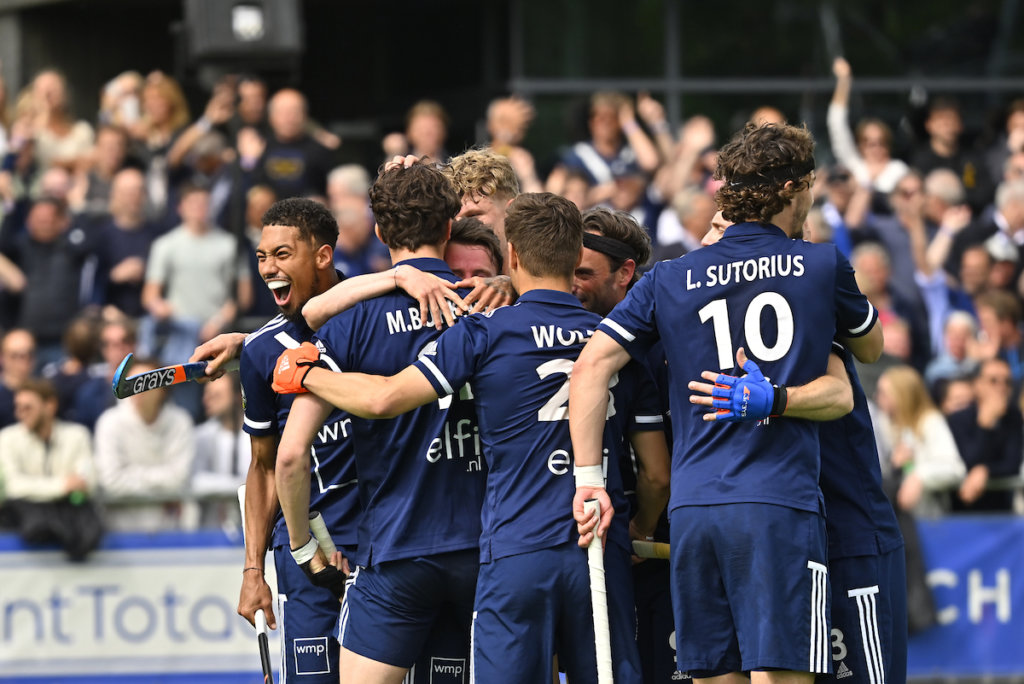 At the last words, the striker smiled a big laugh, because despite all the blame and disciplinary matters back and forth, there was also hockey on Saturday. In front of thousands of crazy fans, Pinoké defeated Amsterdam 3-0. A victory that was undeniable. Rohof: ‘Pinoke has rightly won. They were better. We had few chances, only a few corner kicks. The result could have been much greater. ‘

Mahieu was proud of his team: ‘I think it’s great what we’ve done. I’m very proud of that. But Amsterdam’s performance is also impressive. They were unbeaten in eleven matches in the second half of the competition, we were ten. They reached the semifinals, we now have to play the final. I’m really looking forward to that. ‘

Afterwards, the coach was visible in the stomach with the cooled relationship between the two clubs. “I hope we as clubs on another level can have a chat over a cup of tea and smooth things out. We all know each other well and should not we just be able to play hockey together?”

It was still difficult on Saturday: The players from both teams often looked for the edge in their game, resulting in three yellow cards and various disturbances. There were no major incidents within the lines, but in the Amsterdam camp the songs interrupted afterwards. 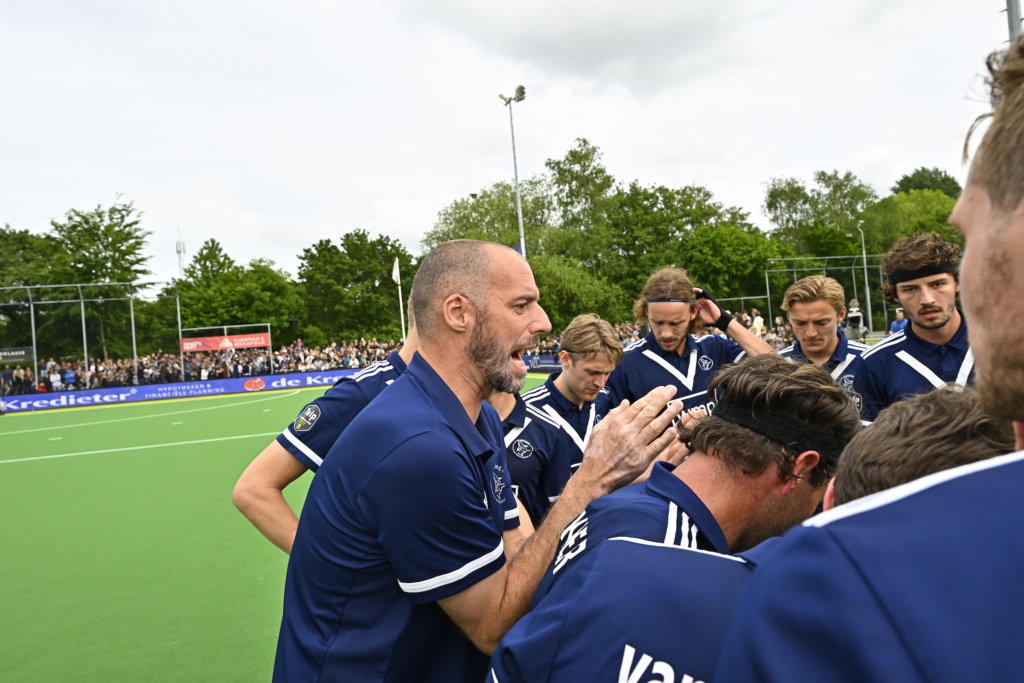 For example, the temperature dropped to the freezing point between the hockey residents.

Rohof supports Mahieu’s initiative to bring some warmth to the mutual relationship while enjoying a cup of tea: ‘I congratulated Jesse and said I love them in an app group.’