Living, working, shopping and recreation are increasingly mixed in one complex. Market and government find each other in the demand for multifunctional buildings. Below are seven inspiring examples. Partly already completed, partly still under construction, partly transformation, partly new construction, partly in G4, partly just outside it.

‘The city works best when different functions are connected. This insight is also increasingly being applied at the building level. We make buildings where we provide users with all kinds of services. They are cities in their own right, “said Robert Kohsiek, director of developer Wonam, rather against City Affairs on mixed use. ‘Governments are asking for it in their inquiries, investors are investing more and more in it and it is also popular with users. Mixed use is becoming the new standard. ‘

The concept is not new. In Chicago, for example, Marina City was built in the 1960s, two honeycomb towers in concrete with many different functions. They should be ‘cities in cities’, the architect thought. Now, 60 years later, mixed use in one building also seems to be gaining momentum in the Netherlands. In the densely populated city, the stack of living, working and relaxing offers a solution.

From ‘dusty shopping mall’ from the 90s to a modern complex with mixed use. That is the idea behind this project in Eindhoven. The municipality, the province, the owner CBRE and the user Muziekgebouw decided in 2020 that the current De Heuvel should become a place where living, shopping, work, meet and culture meet. Under the new name Heuvelkwartier & Muziekberg.

It is not yet certain whether the plan will actually come true. Yes, it is an ambitious plan, but if it succeeds, it will also solve many problems OATH last year by architect Winy Maas from MVRDV. ‘Eindhoven is growing as a city, but is still lagging significantly behind in terms of facilities.’

This municipal monument in the southeast is one of the largest buildings in Amsterdam with an area of ​​90,000 square meters. The building was completed in 1986 after a design by architects Max van Huut and Ton Albers. Until 2020, it was used by ING. Since then, the mixed-use transformation has been worked on by developers Wonam and Zadelhoff and architectural firms Alberts & Van Huut and Mecanoo.

You will soon be able to live, work, study and relax there. In addition, the public will have wider access. For example, the former reception hall will have a publicly accessible catering and food square of almost 1,500 square meters. 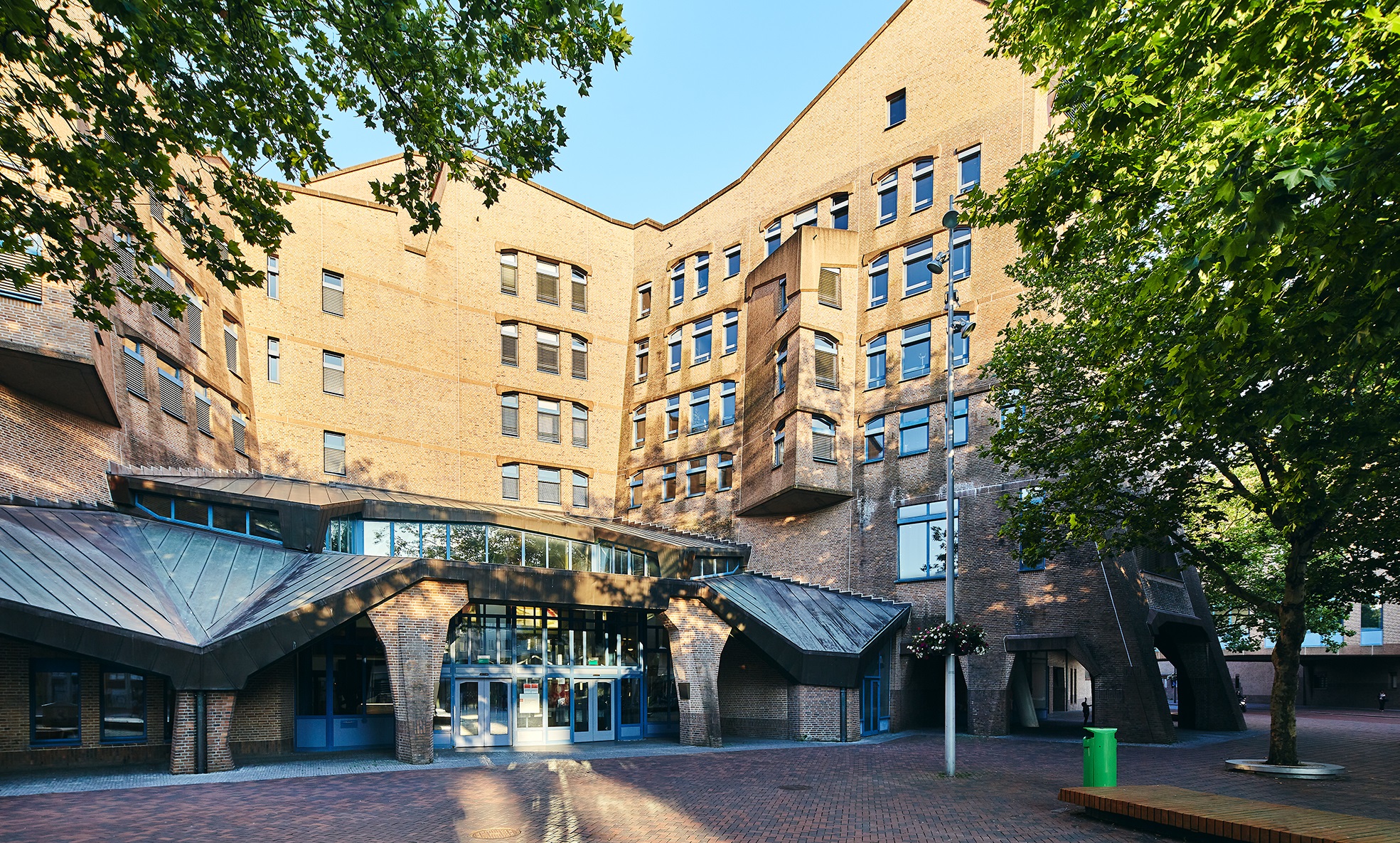 In the heart of Utrecht, on the Lange Viestraat, the dilapidated De Planet was transformed into a modern mixed-use palace. With double plinth, shops, offices and catering. Where possible, the historic structures have been restored to them from Galeries Modernes from 1901, the predecessor to De Planet with the recognizable blue areas. The idea is that visitors can spend a whole day there. You can sunbathe on the roof terrace and play boules in the basement. House Modernes is a project by Syntrus Achmea, with a design by the architect ZZDP Architecten. 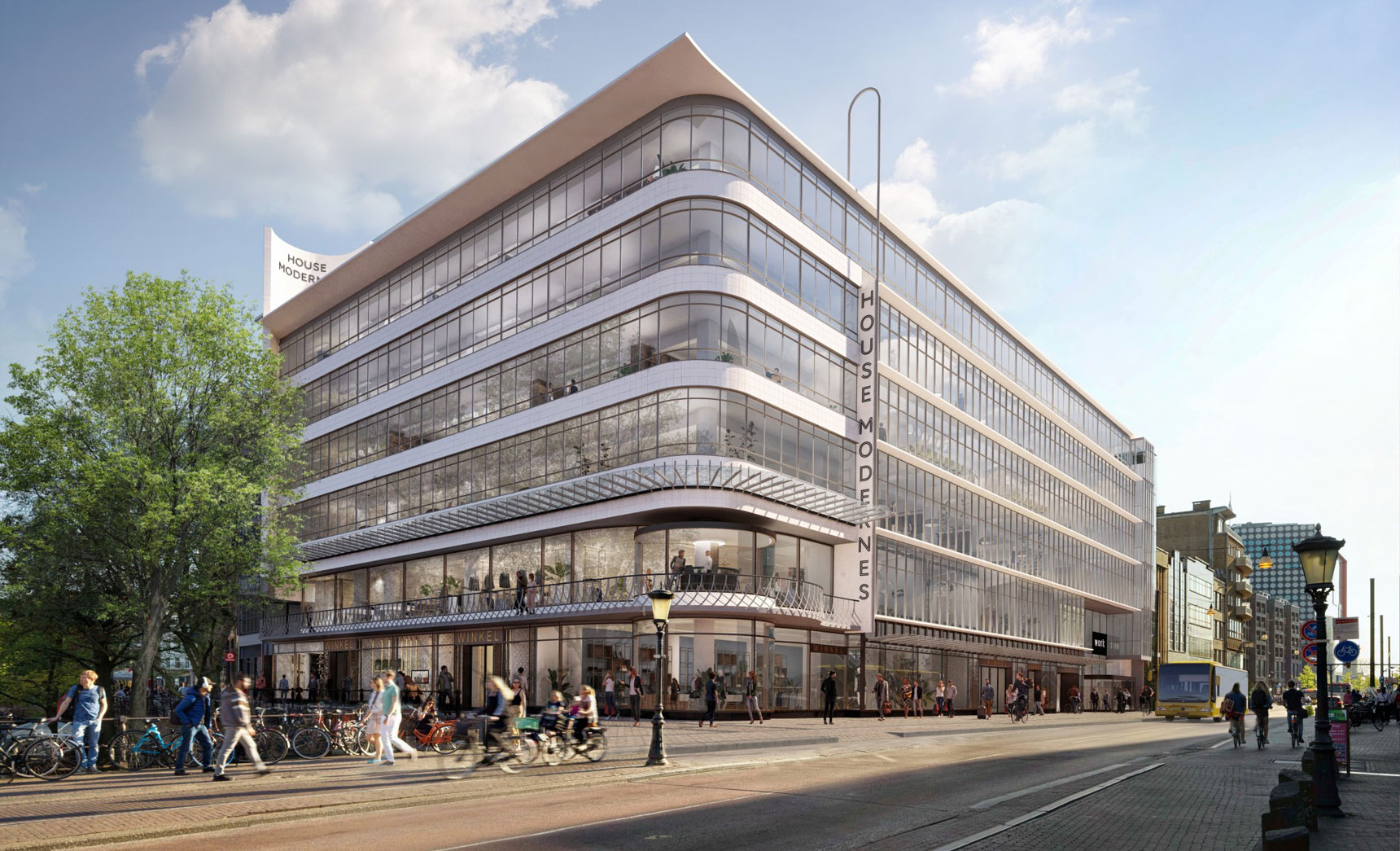 On arrival at Heerlen Station you will be welcomed by Maankwartier. Brilliant in the sun, the colossus’ white facade resembles a snow-capped alpine peak. A kind of Eiger or Matterhorn.

The multifunctional Maankwartier over the railway was taken into use at the end of August 2019. It was to give Heerlen a place to ‘be proud of’, said spiritual father Michel Huisman about the project. It is part of the revitalization of the center of the former mining town. 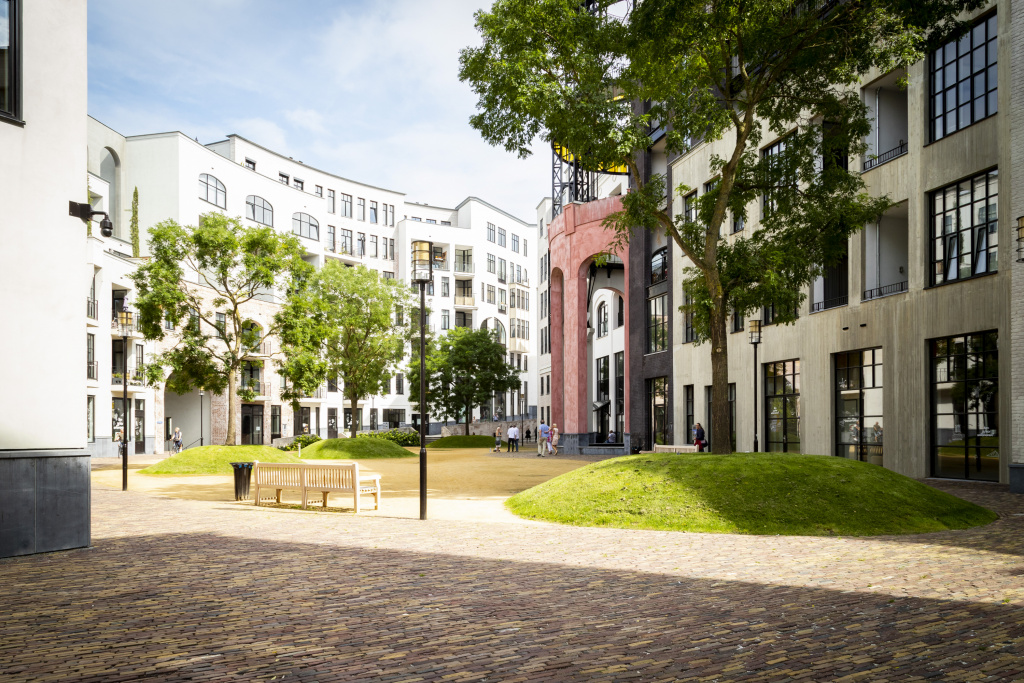 A new construction project at Zuidas, by developer EDGE Technologies, with a design by architect Winy Maas from MVRDV. The three towers are connected by a ‘valley’ of rising terraces with native plants. Piet Oudolf was responsible for the green design. The towers provide space to live, work and relax with offices, showrooms, retail, apartments and parking spaces. The building was completed at the end of 2021.

the valley of Amsterdam. Photo by Marcel Steinbach / MVRDV

Two 140-meter-high towers in Binckhorst will house 800 homes and 20,000 square meters of offices and shops. This gives the building more mass than the other projects mentioned here. There will also be care facilities, workshops, sports areas, restaurant and green roof gardens. The design is by OZ Architects, commissioned by the developer Local. 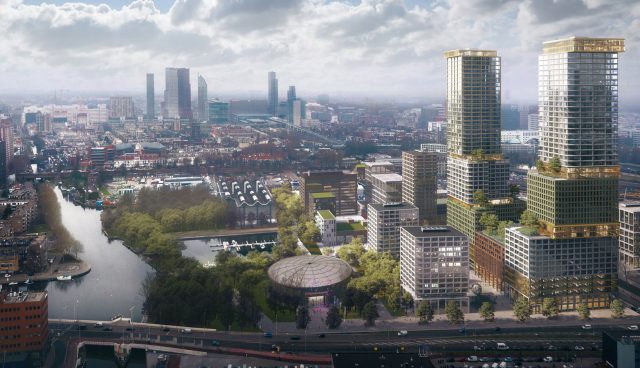 Like Valley, Wonderwoods stands out for its green facades. The building is located on Utrechtse Croeselaan, is by the developer G&S Vastgoed and was designed by MVSA and Stefano Boeri Architetti. In early December, Wonderwoods was named the best mixed project in the Netherlands by the European Property Awards.

The towers are to become a ‘vertical forest’, with many plants and trees on the balconies. In addition to 420 rental and owner-occupied homes, there will also be office space, ‘healthy’ catering concepts, fitness and yoga studios, shops, a roof park with an education center and a ‘digital museum’.

According to experts, vertical forests à la Wonderwoods can contribute to a city’s viability because they provide a more comfortable appearance than classic concrete and steel. But one they are not a substitute for traditional horizontal green spaces† 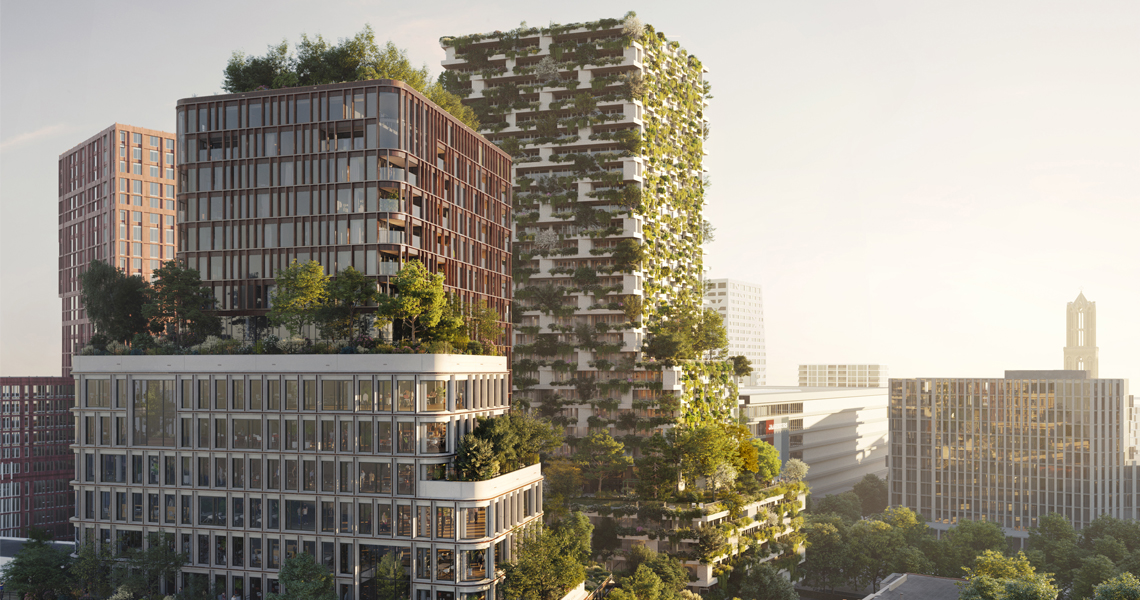