Tholen – There are currently two major issues at stake in horticulture: on the one hand energy and labor savings and on the other hand the growing need for locally grown food. At Certhon, they now have the solution, says CBDO Edwin Vanlaerhoven: a fully automatic plant factory that goes by the name Gronos.

such tomatoes
The Gronos concept was originally developed for the cherry tomato segment. “The market for snack tomatoes is becoming increasingly popular, and locally grown ones are becoming more important. But with snack tomatoes, we see that production is moving to southern Spain and North Africa, and in America it is moving to Mexico, simply because labor is cheaper there, ”explains Edwin.

Special tomato plant
Therefore, Certhon has developed a concept where cherry tomatoes are grown indoors from A to Z, without people having to touch the fruit. “Then we created a large-scale proof of concept in our Certhon Innovation Center to look at the combination of climate, technology and genetics: The plant is really an integral part of the concept. We have therefore established a joint venture with seed grower HW Seeds in plants for industrial cultivation, precisely because the plant is a crucial part of the process; although we hope that the great breeders will eventually also develop varieties specifically for indoor cultivation. “ 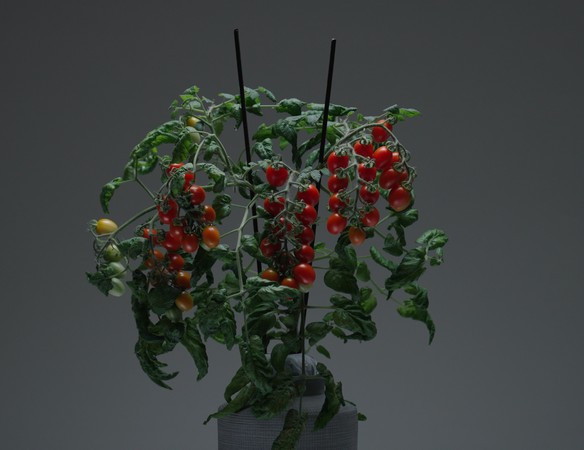 What makes the newly developed plant unique, says Edwin, is that it is a self-sprouting tomato plant. “Like the original tomato plant, it sets its flowers and fruits in a very short time, which means that they ripen at once – and when the plant enters the final phase, it no longer produces new leaves, but adds all the energy to the ripening of the fruits.”

Especially when growing without daylight, it is important that the plants get off to a good start. “They set all the fruits in an even shorter time, and they set them to the maximum, so that plant is completely full of fruit in the first phase of our cultivation process. The plants are then automatically transplanted into a mobile NFT cultivation system. “ 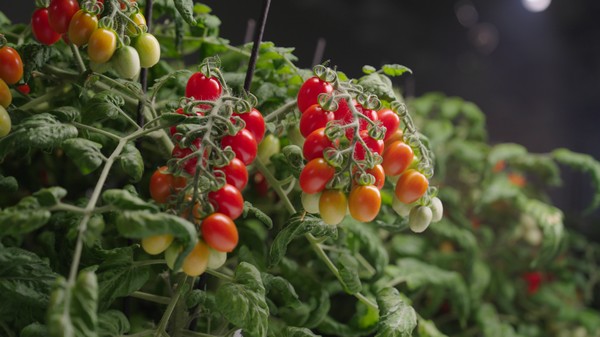 Breeding and autumn
“Then follows the 5-week propagation phase, the cultivation phase, which lasts 10 weeks. This finishing phase can also take place in a hybrid greenhouse of the new generation of high-tech greenhouses. “You can actually grow tomatoes with 5 rounds a year without the need for a hand,” adds CIO John van der Sande. 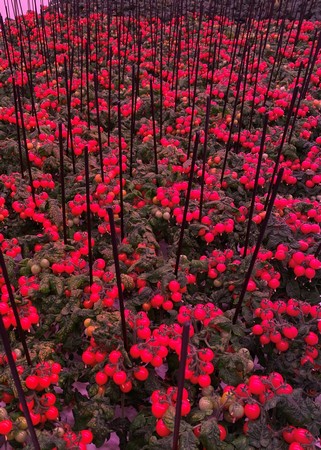 Whether you do it completely indoors or with a hybrid greenhouse, the Gronos concept is completely location-independent, says Edwin. “We have developed cultivation recipes, with which we achieve yields between 55 and 60 kg per. m2. And based on the genetics, the new varieties that we test, in combination with fine-tuning the system, we have a realistic goal of 70 kg per. m2 at the end of the year. Compare that to a high-tech greenhouse, where you can reach a maximum of 30 kg, while Gronos runs without labor and plant protection, but with organic fertilizer. ”

Because more than 95 percent of the tomatoes are ripe at the same time, the harvesting process also becomes much easier, John explains. “We have also developed a harvesting robot that does not pick the tomatoes, but can separate the tomatoes from the plants completely automatically.” In this way, the whole plant is used: the tomatoes for consumption, and plant residues can e.g. go to the cinema advisor. 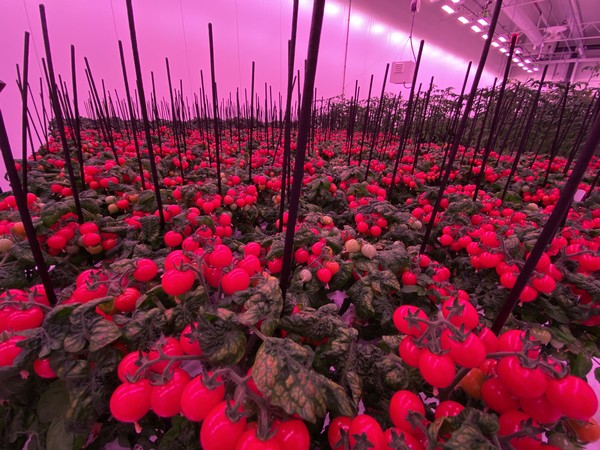 Taste
Of course, taste is an important part of a tomato, and so has Certhon. “We went looking for a small tomato plant with tasty tomatoes, and finally succeeded through genetics,” says John. “The big tomato growers who have tasted them are therefore positive – not only about the new cultivation method, but also about the taste of the tomatoes.”

It is therefore the intention to sell the tomatoes grown with Gronos as a premium product. “This gives customers in the chain a new revenue model,” adds Edwin.

Proven concept
Gronos has now become a proven concept, after 5 years of research and more than 25 cultivation rounds, with which Certhon can offer growers ready-to-use cultivation recipes. “This is literally going to be turnkey,” Edwin says. “With Gronos, everyone is able to grow cherry tomatoes at the touch of a button, with a fruit weight between 11 and 12 grams and a Brix value between 9.5 and 10.5. With climate, you can control just about anything within a certain bandwidth. You can also control the output. That is why it is even better to meet customer demand. ”

Optimize
Fantastic, one might say, but it does not stop there, for John explains how they are continuously working on further optimizing the Gronos system. “We want to keep the cultivation costs and environmental impact even smaller. And we do that, for example, with new variations in the colors and shapes of the tomatoes. ” 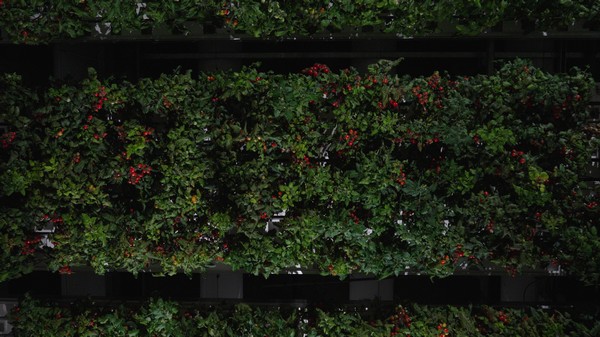 And taste also plays a role here. “What many people do not know: If you pick a strawberry, it will continue to color, but it will not ripen. So if you can grow strawberries close to the consumer with the Gronos system, you will have much more tasty strawberries.”

The proposal for the Gronos concept in strawberries, which can be launched on the market this year, is to do just as well as in tomatoes. Currently 45 kg are picked per. m2, but quality is even more important than quantity, Edwin concludes: “Super tasty strawberries all year round, close to the consumer – so the customer can also attach a brand to it, just like with quality tomatoes.”