LEUSDEN – With the world premiere of ID. AERO concept car in China shows Volkswagen what the brand’s first fully electric limousine could look like. Volkswagen will offer the model of the future worldwide in the upper middle class segment. The progressive, stylish and aerodynamic design provides a generous amount of interior space. The production version for China is expected to be launched in the second half of 2023. In the same year, Volkswagen will start production of the European version in Emden.

“With ID. AERO, we give a preview of the next member of the ID. Family. It is a car with an emotional and very aerodynamic design, a range of more than 600 kilometers, unique space and a premium interior,” said Ralf Brandstätter, CEO of Volkswagen. “After ID.4, this model will be our next world car for Europe, China and the United States.”

The study model is almost five meters long and has a streamlined design. The elegant sloping roof, which looks like a coupe, ensures a very low coefficient of air resistance of 0.23. The modular MEB electric platform from Volkswagen also enables short overhangs, a long wheelbase and an unusually spacious interior. In it. AERO has a powerful lithium-ion battery with a net energy content of 77 kWh. The combination of the efficient driveline and the very good aerodynamic properties make ID. AERO has a range of up to 620 kilometers (WLTP).

With the almost series-ready ID. AERO accelerates Volkswagen’s electric offensive in China as part of its ACCELERATE strategy. After ID.3, ID.4 and ID.6, the serial version of the ID. AERO is already the fourth all-electric model series in China. The model is expected to be available there in the second half of 2023. Volkswagen wants to become the leading supplier of sustainable vehicles in China. By 2030, at least every second car sold in China must be an electric car. As part of The Road to the ZERO Electrification Offensive, the serial version of the ID. AERO will be offered worldwide in the future. Next to China comes the new top model of ID. family is also on the market in Europe and North America.

Designed by ID. AERO brings the design language of the ID. family for the first time for a sedan in the upper middle class segment. The drive wind flows optimally over the aerodynamically designed nose and roof parts. The slightly retracted rear part with spoiler lip calms the air flow. The sporty 22-inch wheels are designed in the style of a turbine and integrated in the wheel arches. Volkswagen has replaced classic door handles with illuminated contact surfaces that further reduce air resistance.

In it. AERO studio model is painted in Polar Light Blue Metallic – a light metallic shade whose color pigments create a golden sheen when the light hits it. The roof in high gloss black stands in nice contrast to the body. The nose of ID. AERO has the ID’s characteristic honeycomb structures. family – the so-called ID. gingerbread. What ID. It also gives the AERO its own unique look, is an all-round narrow strip of light to the left and right of the illuminated VW logo and above the innovative IQ.LIGHT LED matrix headlights above the front in screens and flanks. The light strip continues visually with interruptions to the rear. The rear end has a distinctive dark light bar and honeycomb LED taillights that radiate exclusivity.

In it. AERO demonstrates the multi-deployability of the MEB platform. It can be adapted to vehicles in different shapes and sizes. From compact crossovers to SUVs and from a minibus to a spacious limousine – the MEB can be used in all segments. MEB has also made it possible for Volkswagen to use the ID. family of medium-sized sedans. In addition, MEB makes full use of the capabilities of e-mobility, which enables wide ranges, maximum digital networking capabilities and over-the-air updating capabilities. 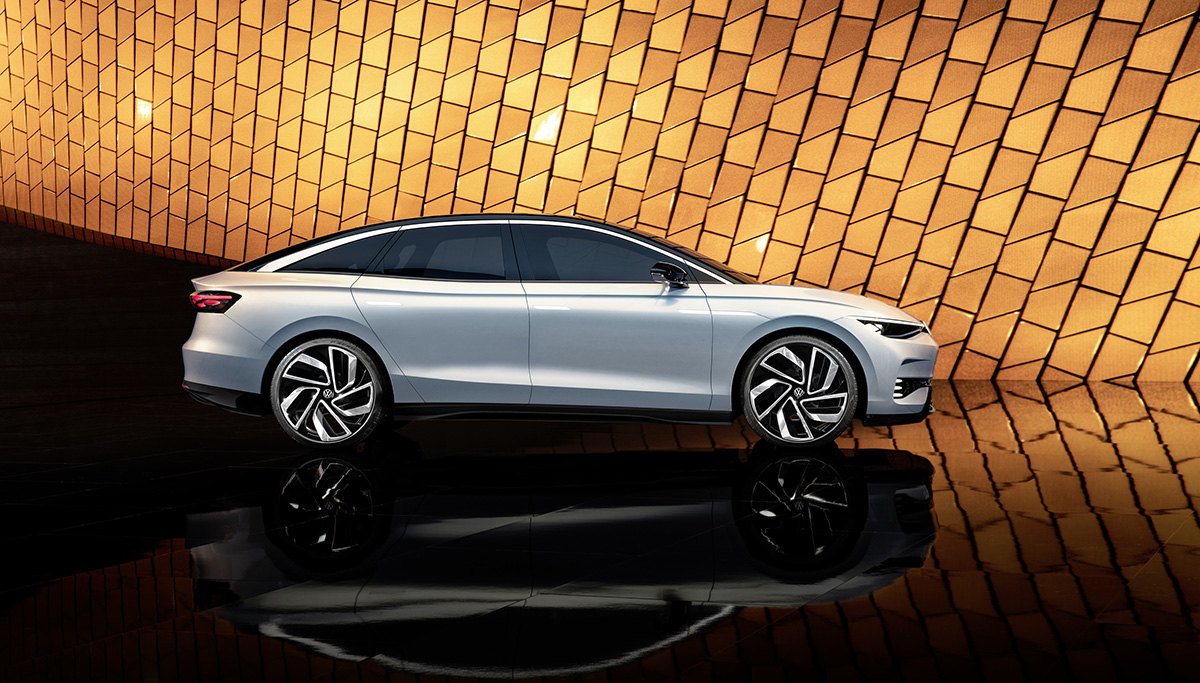 European version made in Emden

The production version of the ID. AERO for Europe is expected to roll out of the production line in Emden in 2023. With the mass production of electric vehicles, Emden will make an important contribution to the electrification of the model program and the reduction of CO2 emissions from new cars.