Based in Hong Kong, Full Nature Farm proves to the Asian vertical agricultural sector that it is possible to be profitable with aquaponics. Ray Lok, the founder of the company, and his team have developed a unique vertically growing system that inventors believe would be more space efficient than hydroponics. “DWC and NFT are common techniques in hydroponics, but they are not really effective when it comes to getting the most out of the space,” Ray says.

Fully recycled system
The Full Nature Farm system consists of a circulation system that reduces ammonia and sterilizes the water that enters the aquarium. The waste is fed into a bioreactor, which converts it into liquid manure. The pure water is then returned to the tank via the bioreactor. The water mixed with nutrients drips directly onto the root zone. Ray says they can make a salad cycle in about 22 days, and each head is about 200-250 grams.

“This is different from what you would get in hydroponics. There we are about 35% faster. In aquaponics, the cycles are shorter due to the beneficial bacteria and the greater availability of oxygen to the root zone in the vertical setup than in hydroponics.” 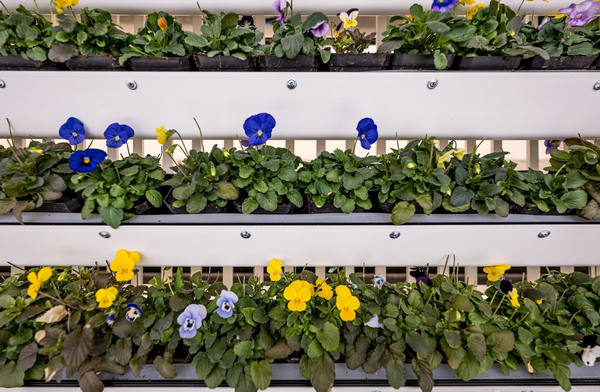 edible flowers
“It’s a perfect deal for upscale restaurants and hotels in the area, as they increasingly prefer local produce, which we can supply weekly at a fraction of the price of the edible flowers we usually get from the US or Japan, which are much more expensive. “We can sell our edible flowers for 50% less than the imported products,” says Ray.

Fast plant turnover
However, none of this would have been possible without Ray’s complete control over all aspects of cultivation. The first metric they looked at was how much yield the farm could provide per hectare. m3. Then you need to be careful when choosing the crop. Full Nature Farm has chosen edible flowers. This type of product is usually imported to Hong Kong, which makes it particularly expensive. “We can harvest about 30-50 flowers once a week,” Ray explains. 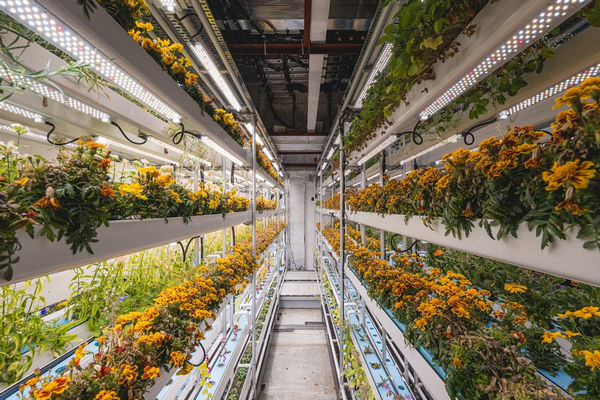 The added value of growing edible flowers is that once picked, the plants remain with leaves in the culture to promote photosynthesis, and eventually they bloom again. Ray says the plants usually change every 4-5 months. If we take the transport and shipping costs aside and the fact that Full Nature Farm only delivers to restaurants and hotels, their edible flowers are 5 times cheaper than the imported ones.

Control is key in aquaponics
Full Nature Farm can monitor this consistently because Ray constantly monitors what is happening on the farm: he and his team constantly check that all parameters are under control, from water level and water flow to control of the aquarium. “If we see certain values ​​peaking, we know something is wrong. With this system, for example, we can turn off the water pump, and then the system tells us what to do now.” 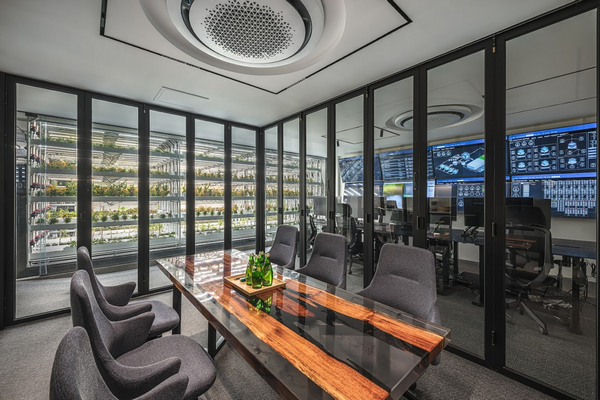 Aquaponics is not often seen in vertical horticulture, and Ray believes that is because it can be quite complex. Admittedly, there are many things one needs and many things can go wrong, Ray said.

“Biofilm problems are common, and so you have to control the bacteria, the vegetation and the fish; it can be very complicated. But if you can rely on a good system that monitors and predicts what’s going on, you can eliminate many potential problems, also because those in aquaponics are mostly caused by humans. “ 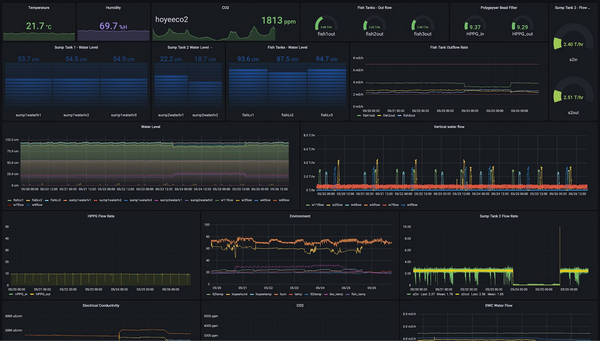 Based on the success of their edible flower farm with around 400 B2B customers, Full Nature Farm is now establishing a new, larger 1,000 m2 nursery, where they will also grow leafy greens.

“We will focus on the most common vegetable varieties that you will find in supermarkets so that we can also serve the average consumer. We are working with our partner on our first franchise garden and expect the new nursery to be operational in the fourth quarter of 2022 . ” Unfortunately, the shutdown in China is slowing down the process as their sensors are produced there, so the next phase is currently on hold.