They just didn’t win the SKG award 2022, but that doesn’t mean the residents of Amersfoort Soesterhof are giving up. After ten years of waiting, consultation and design, the sustainable adventure begins in earnest now. “Our goal was never to be as sustainable as possible in delivery.”

A tour of Wouter Schik’s house is as inspiring as it is confronting for the visit. The way he and his family have thought about sustainable uses in the home is impressive. From the durable varnish on the railings to the extra space on the balcony to hang the laundry, so a tumble dryer is not necessary. And from the sustainable water supply to the durable furnishing of the rooms: every detail has been thought of. Schik’s enthusiasm is contagious.

But if someone is that concerned with sustainability, something starts to gnaw at you. Is it enough to put on a warm sweater on cold days? “It’s quite a lot”, laughs Schik, when he is confronted with my surprise at his efforts after the tour. “It’s because of my own ‘nerdyness’ that I like to be involved in this sort of thing.”

The combination of that enthusiasm and a long breath is the reason why, after a journey of more than ten years, Schik and his fellow residents are now seriously living in their self-designed courtyard. The realization of the twelve social rental housing and thirty owner-occupied housing was quite difficult.

The adventure begins in 2009, when Schik and some other residents of the Amersfoort neighborhood Soesterkwartier are worried about the cultural heritage in the area. Between the workers’ quarter and Amersfoort’s main station are the former carriage workshops of the national railways. NS wants to demolish the buildings, but many residents want to keep the places where they have worked. The sense of togetherness created by the demolition plans ensures that residents come together to discuss sustainability in the neighborhood.

Almost no one went

Thinking up and designing your own neighborhood hadn’t crossed anyone’s mind at the time, but that will change when the master plan for the area becomes known. “It had nothing to do with the neighborhood and nothing to do with sustainability,” Schik recalls. “‘Go and make something that fits this time,'” we said. The answer from NS was clear: ‘If you know it all so well, can’t you come up with a plan yourself?’ Then we took up the gauntlet.”

Schik gets to work with some fellow residents. Martin Kosterman is one of them. “The first few years were mainly ideas, but in 2012 we founded an association because it became a bit more serious then. Wouter and I were the association’s first chairman and treasurer. It is a coincidence that we are here together, because there are hardly any others left from the first hour.”

In addition to the focus on sustainability, the group has had two other important points of departure from the start. First of all, the connection to the nearby working-class neighborhood Soesterkwartier. Schik: “The neighborhood really had to have a social bond with the environment. It is not for nothing that a large part of the residents still come from the Soesterkwartier.”

Partly because of this bond, variety and diversity are also immediately high on the group’s agenda. “It should be a neighborhood for everyone,” explains Schik. “It is also sustainable, because this is precisely how you form a community with different insights, knowledge and experience.” This choice also meant that variation in the urban design was necessary. “Different housing types and differences in the garden layout, so there is something for everyone. From public housing to houses for residents who can afford more. Spatially, however, the district had to remain a unit. That was the challenge.”

The combination of enthusiasm and persistence with which Kosterman and Schik started the project became increasingly important in the years that followed. Conceiving and designing a district that is as sustainable as possible and as diverse as possible has proven to be no easy task. But actually implementing these plans is a completely different story. Kosterman: “The master plan was only determined in 2016 and it was decided in the municipal council that we, as a project, were allowed to anticipate the subdivision plan. Then our plan became much more concrete. The final plot became clear and we could start hiring architects.”

The next step is to look for potential residents. But in practice this is also more difficult than expected. “We had a first meeting with about fifty or sixty people in the room,” says Schik with a laugh. “But very soon none of it was left. People are shocked at the time that has to be invested in such a project. And before even a stone is laid, it costs money.”

Kosterman and Schik tell the story from the communal garden house, which was built in the middle of the neighborhood and is surrounded by all the houses. To illustrate the kind of roller coaster ride they have experienced in recent years, they show the model that was made when the first ideas for Soesterhof became concrete. “This is nothing like what we have put here now. Even the shape of the lot is different. For example, at the beginning we had a lot of stacked buildings. But if no one wants to live stacked up, it will soon stop.”

At the same time, they both emphasize that such a first design is truly a milestone. “It immediately creates coherence and also makes the plan much more concrete,” says Kosterman. “As of 2016, we had around forty households that were interested. Sometimes someone drops out and someone comes back, but that group has remained fairly stable. We sold the last homes in 2019.”

The last homes in the project were completed in February last year. The couple looks back on the whole process with great satisfaction. Schik: “Of course it was sometimes difficult to find, but there have been no major conflicts. We had chosen the Collective Private Commission, so you must also do that together. But how big do you want to make the group? There are so many things to do, but don’t be in too much of a hurry if you want to make quick decisions. It is hard.”

The group chooses sociocratic decision-making to cut through all the knots for the construction of the houses and the associated sustainability options. “These are sharp conversations,” admits Schik. “These are important decisions you make, for example about sustainability ambitions. If some people will go to less lengths than others, you get questions like: what are you willing to spend on your expensive kitchen?”

Kosterman still remembers well the discussion around the energy concept. “That choice was very important. Do you go for a very thick insulation shell or a ground source heat pump and a thinner insulation shell? There were three people who were really for the pump, but we had to make a decision because there was no way to compromise. Two of the three left the project for that reason. Someone overcame his objection and lives here now.”

According to the duo, the selection of the future residents was one of the most important parts of the process. Not because the entry requirements were so strict, but because solidarity is one of the starting points at Soesterhof, explains Schik. “Do you fit in with us? Not that we are so strict that we only allow vegetarians, but you have to relate to a certain kind of bond, because you do the whole project together.”

Kosterman nods and adds: “It is also very much about social sustainability. What is it worth to you to live here together?” Affordability has therefore always been one of the other principles in the project. Not only by realizing social rental housing, but also by giving a lot of freedom of choice to that sustainability.” Soesterhof is a combination of integrated, smart sustainable solutions (for example, the wooden facades of the houses are designed in such a way that they help fight heat stress ) and choices for the individual resident.

“For us, sustainability was more than the sum of individual themes like energy or circularity, but a whole that we have tackled in an integrated way,” says Schik. “But our goal was never to be as sustainable as possible after completion. We are there for different budgets and levels of ambition. We are concerned with sustainable growth opportunities. I am already thinking ten steps ahead, but maybe one of my neighbors was already thinking when it was done: it is all right. That is the strength of our plan.”

The Soesterhof project has attracted attention through the combination of affordability, self-organization and (social) sustainability. From local residents to professionals from far outside Amersfoort, everyone is curious about the project’s possibilities. “Is this the model of the future? No, we are not going to solve the housing crisis with this,” reflects Kosterman. “We also had time. 42 homes on one hectare, it would be different in this time of housing shortage. At that time, this project was embraced by the crisis period. I do not believe that the municipalities are waiting for the Collective Private Commission for busy urban areas.”

He emphasizes, however, that the project is an example of sustainability. “Compared to previous plans, we show that there is much more is possible. Socially sustainable living and environmental construction go together perfectly, especially because you do it together. You come up with better solutions when you work together.”

Although the dish looks almost finished to an outsider, the two think very differently. The sustainable journey never stops for them. Schik: “We can and will still do so much. From shared electric cars to solar panels on the garden house and from common do-it-yourself space to extra collection facilities for rainwater. During construction we had to make choices due to affordability, but now we can get started. For us, life has only just begun.” 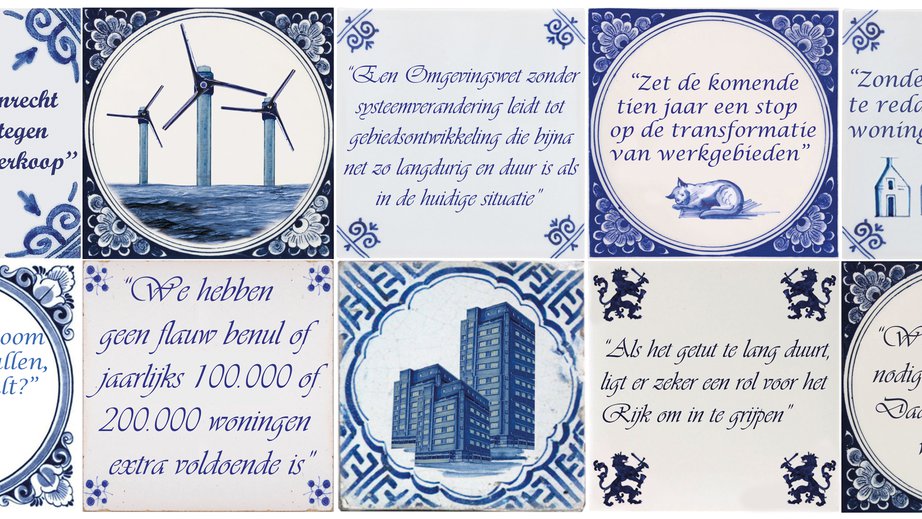 Watch the video about Soesterhof’s nomination for the SKG award 2022 here.