The red pear Fred from the grower Varicom has quickly gained more importance since its market launch in 2018. The Swiss club pear is now grown in all classic pear-growing areas in Western Europe, be it France, Switzerland, Italy, Holland or Belgium. The harvest volume will also increase further in the coming years. Michael Weber, the director of VariCom and the driving force behind the successful brand concept, spoke to us about the brand placement at the point of sale and the bulb’s sales potential.

As project manager from the start, Michael has been intensively involved in the rollout of the club variety since 2015. Thanks to the successful work of the Swiss cultivation institute Agroscope, the bulb has already been placed on the shelves of many retail chains in the respective cultivation countries. “In the current pear market, Fred is, so to speak, a flagship. Because compared to the innovative apple market, club pears are in any case rare, and most of the common varieties in the trade have been available for a long time.”

fred is rolled out as a uniform brand, but the differences between the individual sales markets are taken into account. The concept is adapted to individual preferences in close consultation with the retail chain.

According to Michael, this is also reflected in the buyer group: “Based on extensive market analysis over several years, we find that the pear is particularly popular among the older generation. Going forward, younger consumers have experienced that the pear is generally seen as a complicated fruit. This type of fruit is considered to it becomes too soft at a certain level of ripeness, but what makes Fred special is that, even at the right level of ripeness, he remains crisp and juicy at the same time, without losing the classic taste of pear.” 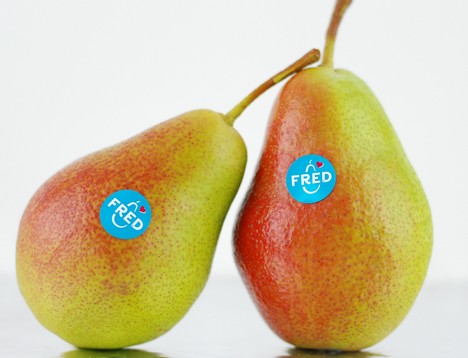 The unique product features that consumers value have already led to the successful launch of the Fred club variant. Michael: “We are on the right track, and fortunately we have succeeded very well so far in winning over new and especially young buyers for the bulb.”

In parallel with the planned increase in volume in the aforementioned growth countries, the marketing around the bulb is also being further developed. “The unique color is an important point of recognition for the consumer, which should not be underestimated. We have also paid extra attention to this when designing the new logo. The next step is extensive taste tests at the point of sale, where we also investigate cultivation-specific wishes to actively involve and communicate topics, such as the heat and pest problem.” 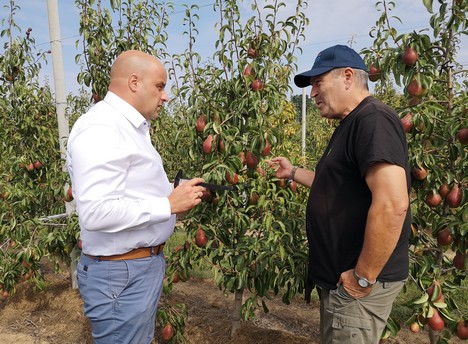 Kris Jans, head of fruit division BelOrta, in conversation with Fred grower Hugo Cuvelier about the assessment of fruit size before the start of harvest 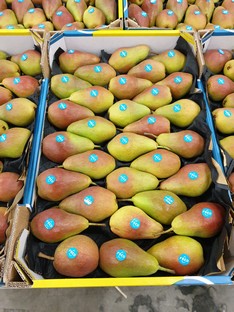 At the start of the new harvest season, Michael asked several growers from Belgium, France and the Po Valley from the very beginning about the harvest prospects for this year. “People are generally satisfied with the even and uniform pears and the early and probably large harvest.”
According to the latest forecasts, around 200 tonnes will be harvested in Switzerland, around 150 tonnes in each of the Benelux countries, around 150 tonnes in France and around 35 tonnes in Italy this year. “We hope that by 2025 we will be able to bring a total of 7,500 tonnes of European harvest to the market,” says Michael.

Finally, Michael also points to the existing interest in other countries. “In Catalonia, the classic Spanish top fruit region, and in Austria there have been small test plantations for several years now. Fred’s cultivation is also being tested in the southern hemisphere, for example in South Africa and Chile. In these countries we will start production from 2025. welcome first harvest.”