At least fifteen teams competed for first place during the European Championships for 24 hours. It wasn’t just about which car did the most laps. Efficient driving, the number of recharges and the number of people in a car also count towards the final result. “This gives us a clearer and more complete picture of what each car can handle,” says NovaFAST member and PR manager Harm Spanjers.

Unfortunately, the car came from NovaFAST not your turn. “Of course that was the plan, but we didn’t finish our final design on time. Unfortunately, that was no longer possible during the summer holidays.”

‘Show us what we got’
Nevertheless, the NovaFAST team did not give up. The prototype, Dragon 1, was packed with all accessories and brought to Belgium. “That way we can at least show what we have and that our idea actually works,” continues team manager Oskar Kolman.

But that drive turned out to be less easy than expected. In the final hours of the race, Dragon 1 was subjected to inspection because a number of things were not right. “Fortunately, we were told a little later that everything was fine, so we were still allowed to drive in the parade lap.”

Learning is also winning
Driving to Circuit Zolder just for a parade lap, isn’t that a shame? “On the contrary. We made a lot of connections over the weekend, profiled and introduced ourselves, and we could learn a lot from all the other teams. There was nothing to lose here. And in that respect, learning is also a kind of gain.” continues Oskam.

Although there has been no race this year, the NovaFAST team is optimistic about the future. Although the current members will not be as directly involved as they are now. “Unfortunately for us, the minor will soon be over. But we will make sure that all the information, design and the data obtained reach the next group of students who choose the Electrical Driving minor.” 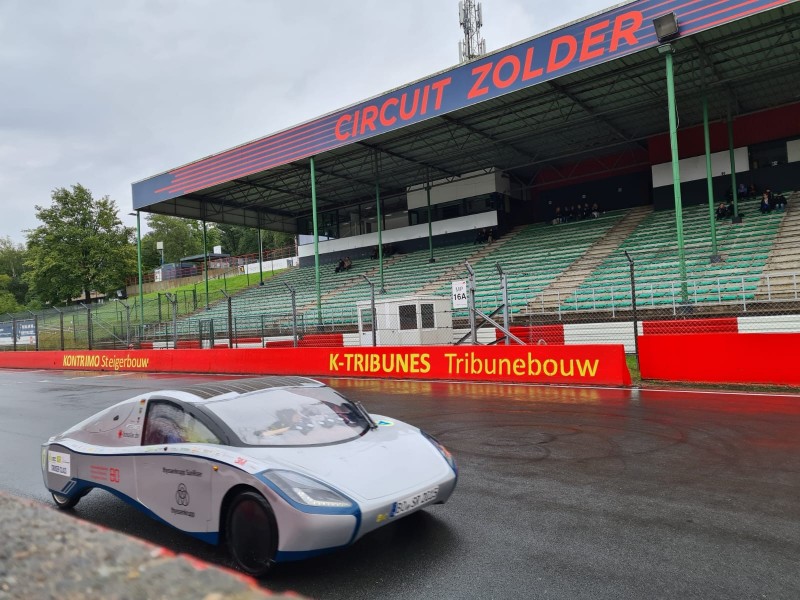 management
Still, some of the current group will stick around for a while to work in the minors. “As a kind of management, so that we can help where necessary. And so we can prevent the next team from making mistakes that we have already made.”

This feedback also brings students back to the minor. They say there is room for improvement. “In the number of hours that must be spent on research and building the car in relation to the number of teaching hours, e.g. Let’s just hope we’re listened to.”

Continued vision
The next edition of the European Solar Challenge will take place in two years. An edition in which the new NovaFAST team will hopefully participate. Until then, what’s most important? “That our vision is continued. Because also this weekend we learned that a solid car is more important than efficiency or high-tech gadgets. The car must continue to function in all conditions. That seems like a good assignment for the next group. And when the new NovaFAST car is here in two years, hopefully we’ll all be there.” [Noëlle van den Berg]