Everyone knows the phenomenon. You feel, see, read or hear that there are developments that will play a role in the future. But because they haven’t really taken off yet, ignore them for now. In fact, you are already busy enough, and there have been many of the trends that disappeared into the trash before they rose above the ground. AI (artificial intelligence) is one such development. You know it’s there, but not important enough for now. Until it suddenly appears on your doorstep and it all happens so fast that tomorrow has become today. In this captivating story by Kevin Roose, he describes the current state of AI (in plain language) and explains why it’s really necessary to dive into these advances. The quality of the latest innovations is starting to reach a level that we can no longer ignore. Whether it is generating images (Dall-E, Midjourney, Stable Diffusion), writing (marketing) text (GPT-3) or conducting a conversation (Google’s LaMDA). In short, it is high time to have a conversation about AI.

#2 What if creation is free?

One of the consequences of the above development has a direct impact on our field. Creation is a craft for talents. But what if an AI network could use all available information and create exactly what is perfectly in line with the recipient’s needs? Especially in a time when recommendation becomes more important than the number of followers. This is kind of the crux of Evan Strong’s story. I still doubt if it will actually work. But it is undeniably true that we are slowly moving in that direction. 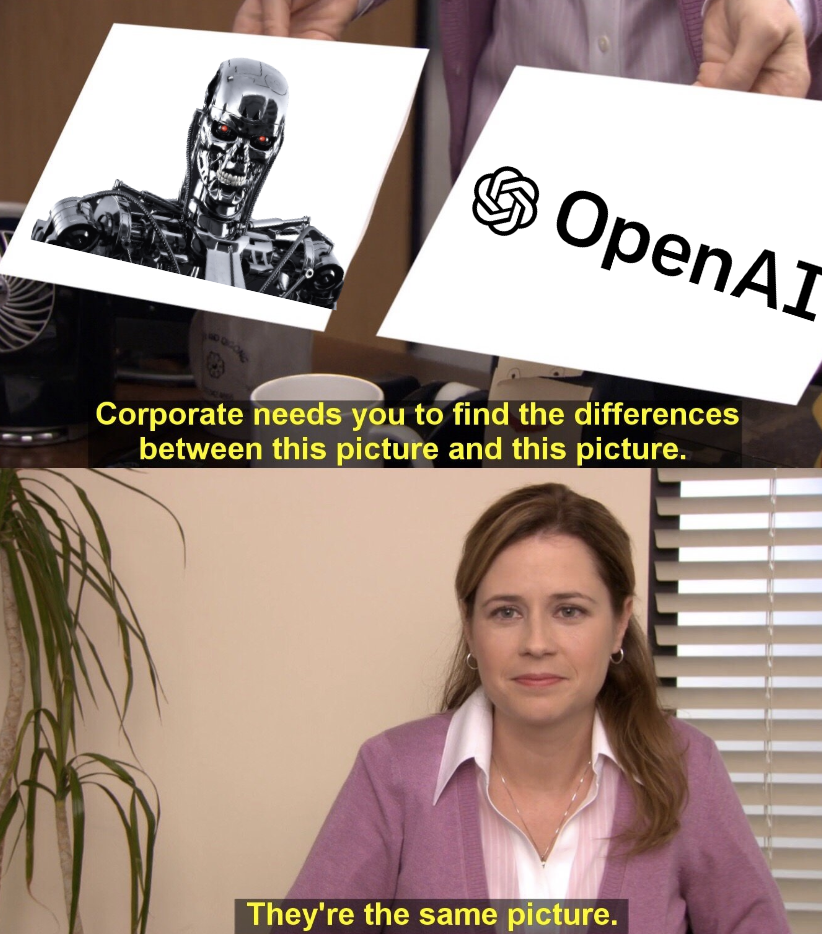 As the final part of this short AI trilogy, a very listenable podcast. I think the name Ordinary Astronauts alone is a brilliant find. This podcast is hosted by Dan Shipper and Nathan Baschez, co-founders of the writing collective Every. This episode is an interview with Anchor co-founder and former Head of Talk at Spotify, Michael Mignano. With Micheal, they discuss the current shift we are seeing in social media where the social graph is being replaced by the interest/recommendation graph. What are the strategic drivers for platforms like Meta to make the shift and how it affects creators. What might happen if AI content generation keeps getting better? And finally, what role do Snapchat and Twitter play in this, both struggling.

Just when you think everyone stops for a while with the progress around Web3, suddenly there is Starbucks. Starbucks Odyssey will be an extension of the industry-leading Starbucks Rewards program. Once logged in, members can participate in Starbucks Odyssey ‘journeys’, a series of activities such as playing interactive games or taking on fun challenges to increase their knowledge of coffee and Starbucks. As a reward, you receive a digital, collectable ‘travel stamp’ (NFT). Members can also purchase limited edition stamps (NFTs) through a built-in marketplace within the Starbucks Odyssey web app experience. Limited edition stamps will be available to all members and can be purchased directly by credit card. No crypto wallet or cryptocurrency is required – making the Starbucks Odyssey experience a fun and easy way for members to access this new technology and claim a stake in their loyalty to Starbucks.

It remains a hallmark of the Social Media giants. “Better stolen good than poorly thought out” The success of BeReal has now also been taken over by TikTok. It has today launched a new feature that is actually a copy of BeReal. BeReal invites users to take a picture of the front and back camera at any time of the day, designed to get a more authentic picture of what our friends are doing throughout the day. Snapchat and Instagram have already launched front and rear camera features, and Instagram is reportedly working on its own time-based ephemeral feature. But TikTok beat its competitors by being the first app to just cut and paste BeReal onto its platform.” TikTok Now invites you and your friends to capture what you’re currently doing with the front and rear cameras on your device,” the company’s blog reads. “You’ll receive a daily prompt to take a 10-second video or still photo for easy to share what you’re up to.”

#6 By Appointment of Her Majesty the Queen

And there you stand with your packaging, when the endorser suddenly leaves. Many (big) brands need to adjust their packaging as soon as possible. And then comes the trigger. You can’t just replace it with the new king (if you want). He must first give permission for that, but it may also be that he will adjust the rules by focusing more on sustainability. 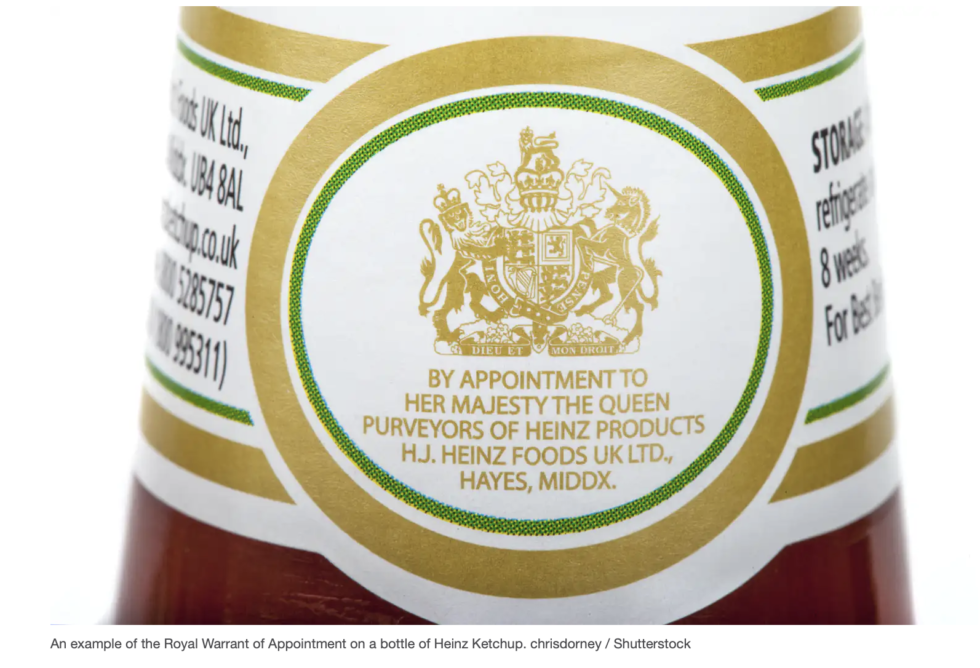 Twitter is officially starting podcasting. The app is today launching a test version of Twitter Spaces that now also includes podcasts. With this add-on, you’ll soon be able to listen to entire shows via playlists based on your interests. The redesigned Spaces tab will soon feature topic-based playlists that combine podcast episodes with Twitter social audio events and recordings. It is completely different from the à la carte listening podcast consumers are used to on Apple Podcasts or Spotify. It is still in a test environment being rolled out to a random group of users around the world, initially only in English.

Everyone knows the QR code. But how does it actually work? Read here how brilliantly that code works. In a very clear explanation that everyone can understand. And perhaps the coolest thing about QR codes is that Denso Wave, the company that invented them, never used their patent and released the technology for free! 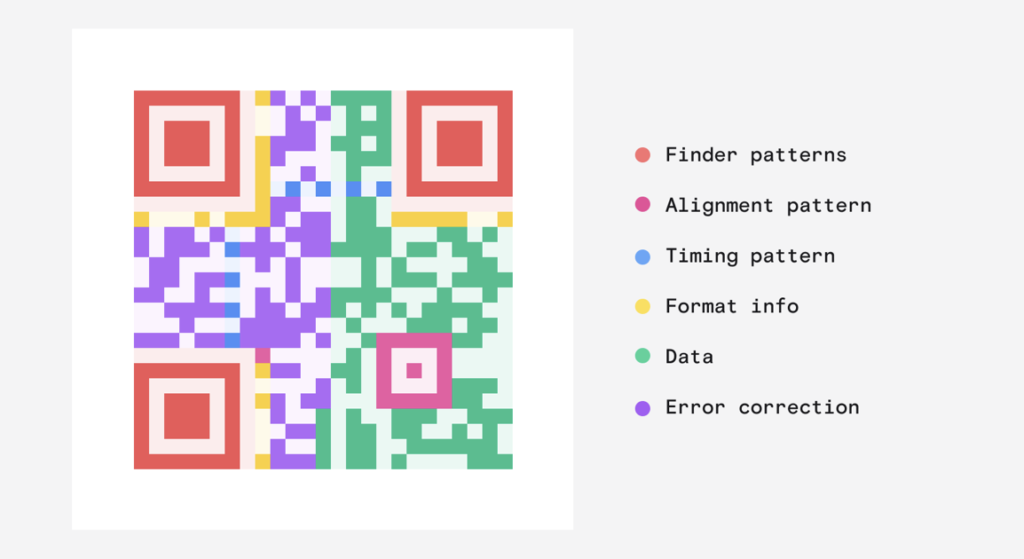 The Dutch media week is approaching again. From 3 to 9 October a week full of stories, inspiration and views in the media world. On Tuesday 4 October, the CEOs of the major Dutch media companies will present their innovation agenda. In the past year, the boards of major media companies have consulted with each other about a joint innovation agenda. A special part of this deals with cooperation on consumer data and a solution for data breaches. You can register for this meeting for free (live or digital) by clicking this link.

One topic that you don’t often come across in this weekly update is “mobility”. But through Dense Discovery (an Australian blog) I was drawn to this keynote by Marco te Brömmelstroet. Marco is a planner, lecturer and director of the Urban Cycling Institute at the University of Amsterdam. As a scientist, he investigates the relationship between mobility, city and society. During the Cycling Research Board 2021 conference in Copenhagen, he takes the viewer into the world of mobility. The bicycle is central. And in the course of his impressive history, you learn to look at the role of the bicycle and the associated language differently. A language that can also be seen as a dance and can even end in increasing self-confidence. You can actually very easily draw a parallel to our world of marketing and communication. We also need to make less room for the machines and understand that human interaction is increasingly being designed away.