During the further processing of the plans for Weerdsingel Oostzijde, the municipality met several times with a group of residents who had been against the design for some time. More talks would have taken place, but the two parties still cannot find each other on a number of points. The redevelopment plans are now available for review and everyone involved can respond to them.

It had been known for some time that Weerdsingel Oostzijde was to be tackled. Utrecht is growing rapidly, and the municipality sees an important role for the bicycle in keeping the city accessible. However, it is already the case that the so-called inner city axis, the route that runs from Vredenburg to Lucasbolwerk, is becoming increasingly crowded. “That’s why we want to disperse the crowds by making routes around the city center pleasant and recognizable as a cycle route”, can be read in a letter to the city council.

It is, for example, also done on Wittevrouwensingel, Maliesingel and Tolsteegsingel on the east side of the city centre. According to the municipality, after the reconstruction of these streets, the number of cyclists has increased by 30 percent, and car traffic has decreased by 30 percent. “Weerdsingel Oostzijde is the next link in the network on the north side of the city center.”

Calculations would show that approximately one third of the cyclists still riding the inner city axis would choose the Weerdsingel Oostzijde after a rebuild. The road must therefore be designed in such a way that it is clear that the bicycle is the main user, just like Wittevrouwensingel for example.

The road will be narrowed from 6.50 meters to 4.80 metres, and on both sides there will be a 2 meter wide cycle lane in red asphalt. The middle of the street consists of a strip of cobblestones 80 centimeters wide. In the bends, the road becomes a little wider, so that a cyclist and, for example, a truck can share the road safely.

The roundabout at Noorderbrug is to be replaced by a ‘simple intersection’ that gives more space for greenery, which, according to the municipality, is reminiscent of Malieblad. In addition to all these adaptations for traffic, there must be more greenery along the entire Weerdsingel Eastside, more space for pedestrians and the footpath along the water will be wider and more accessible for people with prams, for example. 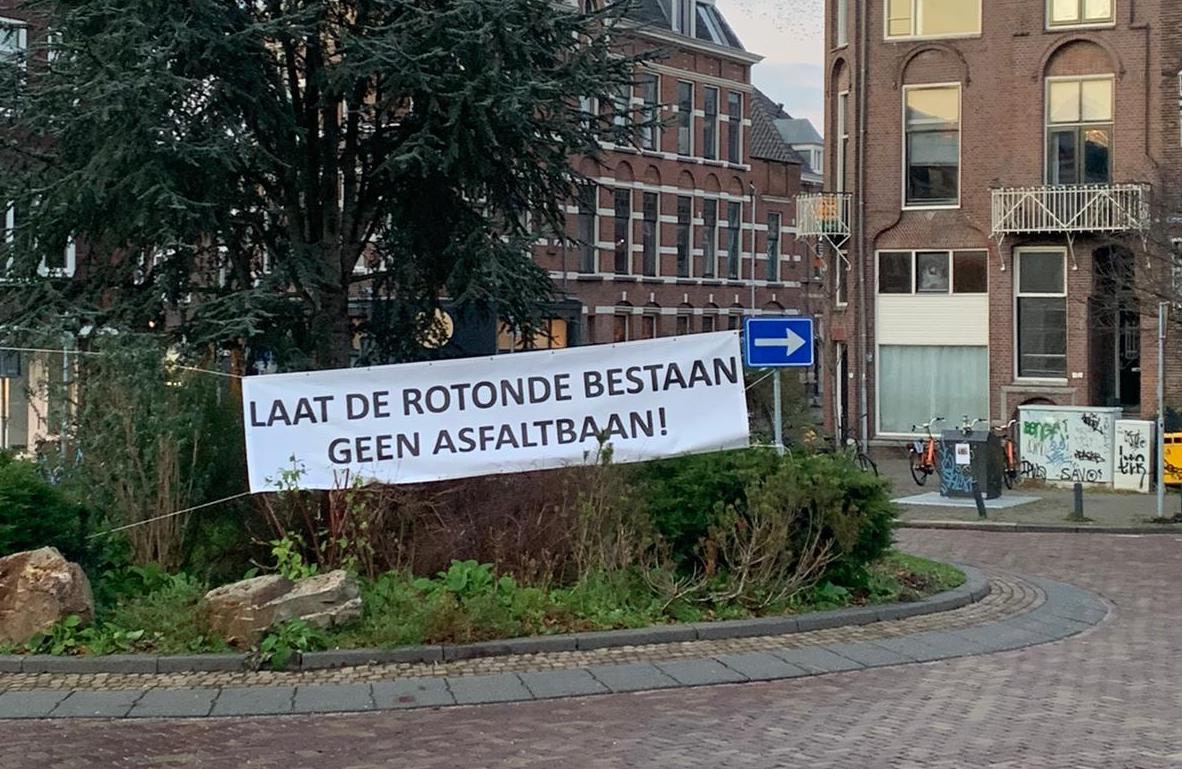 But the municipality says that red asphalt is above all ‘more pleasant’ to cycle on than cobblestones, and that it makes the route recognisable. “For both car traffic and cyclists, red asphalt makes it clear that cyclists have priority here. In addition, our experience shows that the number of cyclists has increased in places where we have laid red asphalt. And that’s what we do it for.”

In addition, the municipality says that the roundabout is mainly aimed at car use and with the new interpretation this will be transferred to cyclists. “The intersection makes the priority for cyclists clear.” The removal of the roundabout will also provide much more space for greenery.

The municipality says that it and the resident group agree on the goals for the redevelopment. Nevertheless, the two parties differ in their views on certain points. This would especially be the red asphalt. “The disappearance of the roundabout at Noorderbrug, parking at pavement level and the necessary speed reduction measures are also still points of discussion.”

1.7 million euros have been made available for the renovation of Weerdsingel Oostzijde. All residents, businesses in the area and those involved in the street have until October 30 to respond to the preliminary plans.