With its own fleet of trucks to supply the Eastern and Central European market with fruit from its own cultivation and partner growers, export company Fani has had a rather unique business model in the Moldovan fruit sector for the past five years. “We are not immediately interested in the Middle East. We prefer to send our cars to the Baltic countries or Austria and Germany. We better check that,” says sales manager Stefan Bitlan.

Operating from a distribution center barely 5 km from the capital Chisinau, Fani Ltd was founded as a logistics company by Stefan’s father shortly after Moldova’s independence. “He bought fruit from growers and exported it to Russia, Belarus, Ukraine and Romania. I joined the team in 2011 and a few years later we took the leap to export to the EU, starting with the Baltic countries in 2015. and Austria and Germany in 2017.” 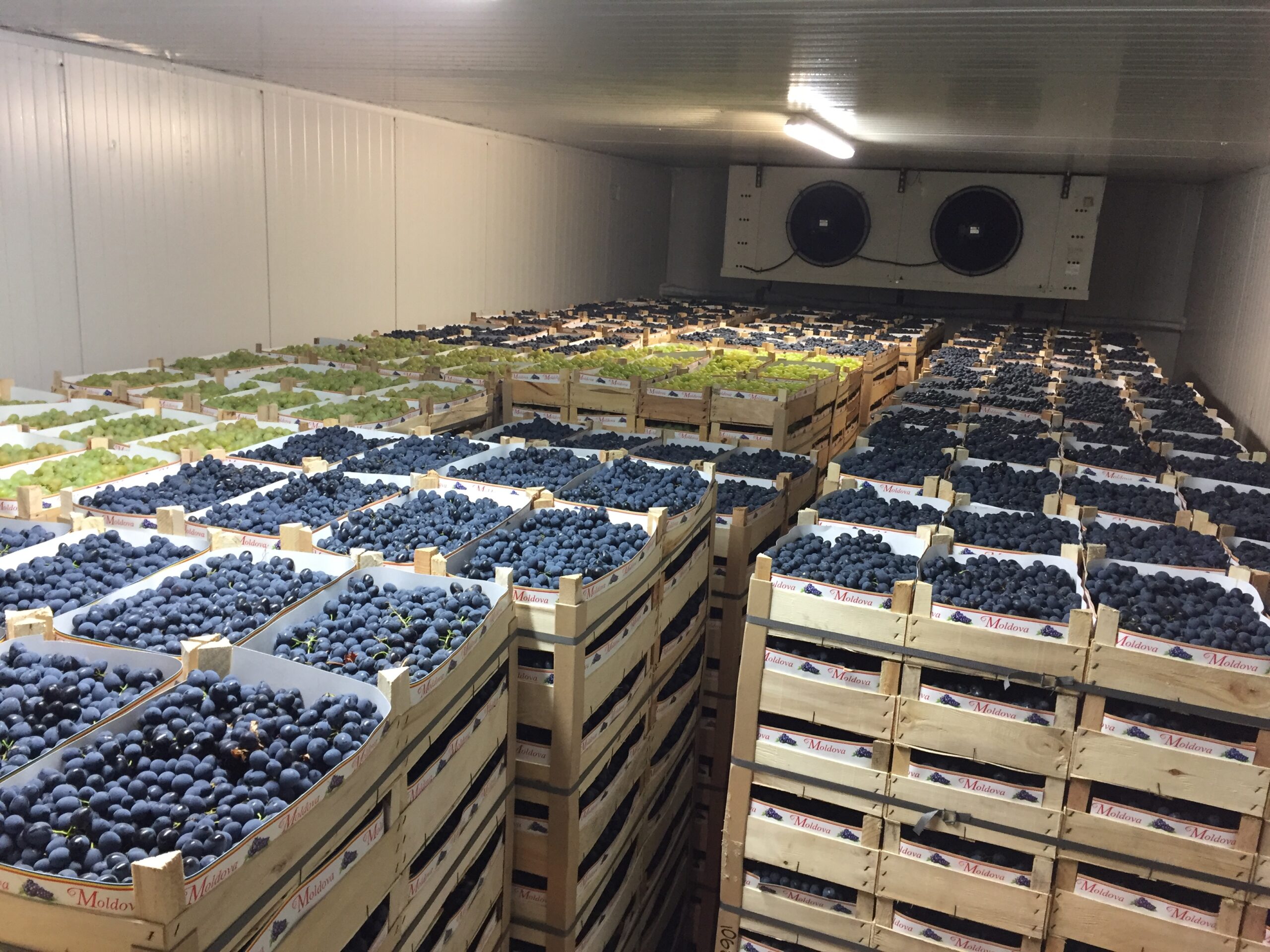 In the first half of the year, mainly grapes and apples are sent from storage to foreign markets. “Our grapes, which are predominantly stoned, are eagerly sold in Ukraine and Romania. We find almost no competition from other regions of origin in our neighboring countries due to the proximity of the market. In the second half of the year, we will focus on plums and apricots, which account for 60% of our turnover. Half of the fruit we sell comes from our own cultivation, the other half we get from partner growers with whom we establish long-term relationships and with whom we also help to maintain the high standards required for the foreign market. such as GlobalGAP and GRASP.” 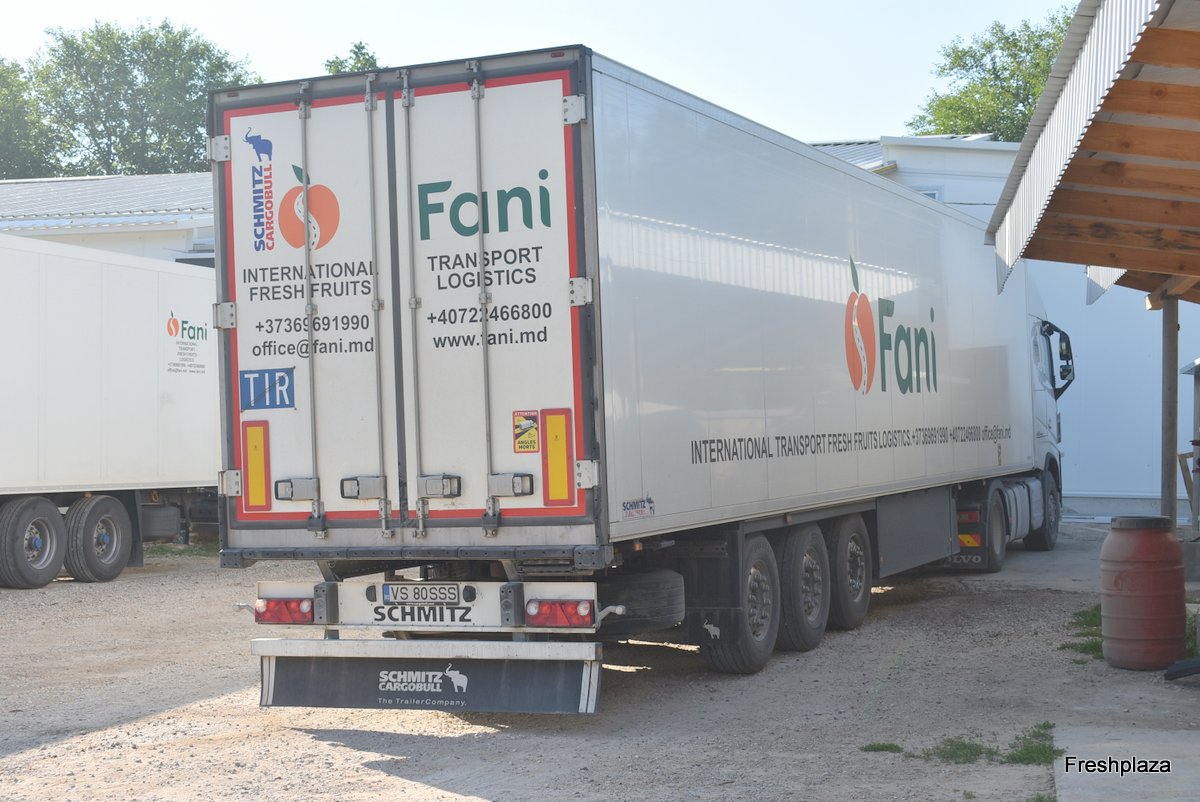 Fani has its own trucks

‘Power is nothing without control’
Stefan explains that he will not sign a contract with a customer if he does not have the fruit to be delivered hanging in the orchard or in the cold room. “For example, I have 15 hectares of Stanley plums. I like to get the product I supply from partner growers, but if something goes wrong with the delivery or the quality, I can always fall back on my own products. Our staff monitor the quality of the products very close own cultivation, but also the suppliers’ ‘Power is nothing without control’, I always say: we have a good network of business partners, good relations with several customers, a large cold room, packaging lines and even our own fleet of trucks , but if we don’t carefully check the quality of every shipment we make, we’re nowhere.” 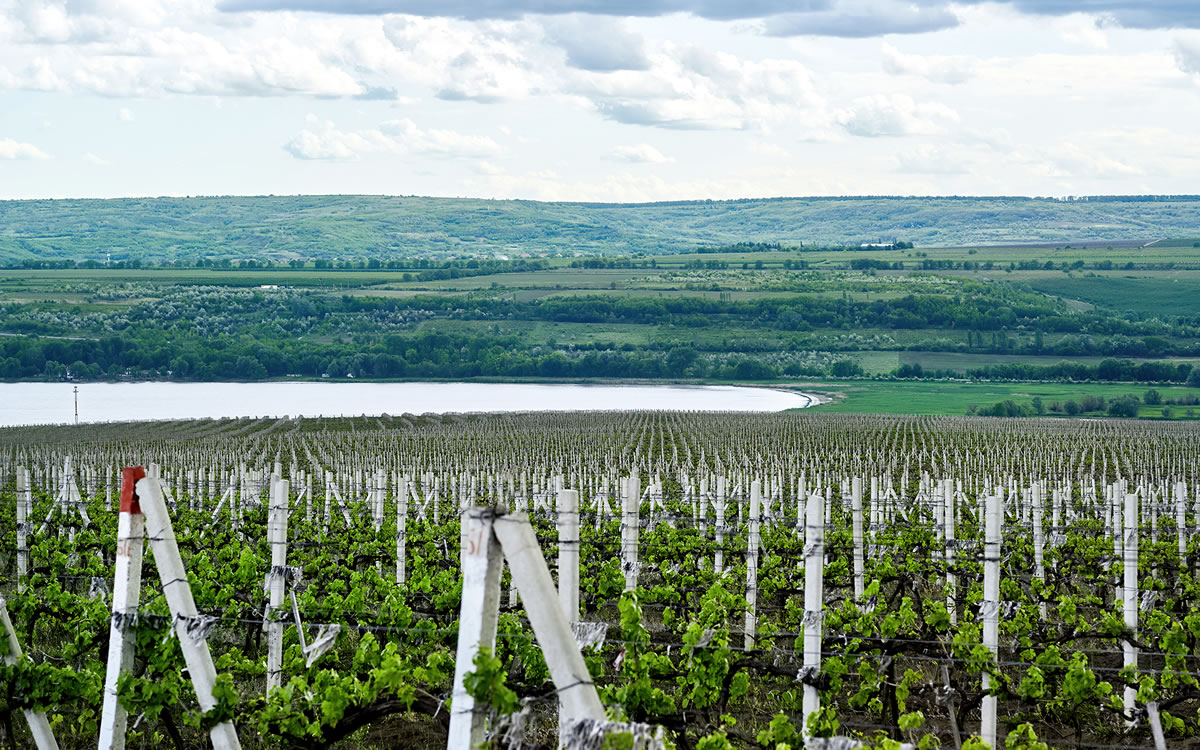 Beautiful Moldavian landscape with vineyard in the foreground (photo Fani)

Good relations pay good prices for Moldovan product
Fani focuses primarily on direct sales to supermarket chains. “Although the big retailers generally push the prices and often don’t even think about how the growers can survive, I don’t see any particular problem for the Moldovan farms if the fruit was sourced much cheaper here. Maybe that’s what’s being offered . the spot market happens, but my experience is that if you have a good relationship with a retail customer, he will charge the same price, regardless of whether the fruit comes from Serbia, Germany or Moldova.” 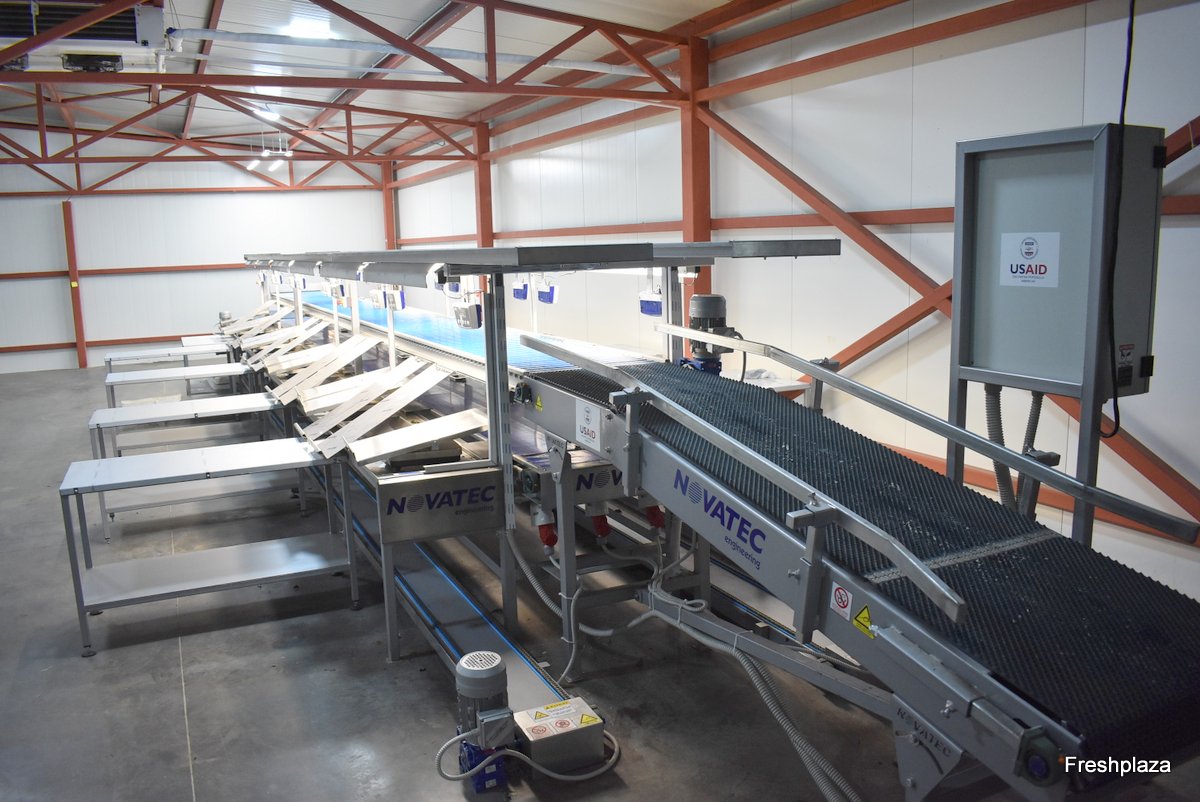 In one of the main destinations of this fruit exporting company in Chisinau, which is Germany, the local retail support for the local cultivation sector is a barrier to Fani’s export activities as long as German product is available. “And it’s not even at the request of the government. It’s just the mentality. In the German season, even our superior quality of taste cannot compete with the argument of proximity. It’s a little different here, and that’s how we feel twice. So difficult. The Moldovans chains invariably choose foreign products – for example from Poland – if at a given time it is offered cheaper, even if our freezers are full of fruit. Fortunately, our plums usually end up in an empty market abroad.” 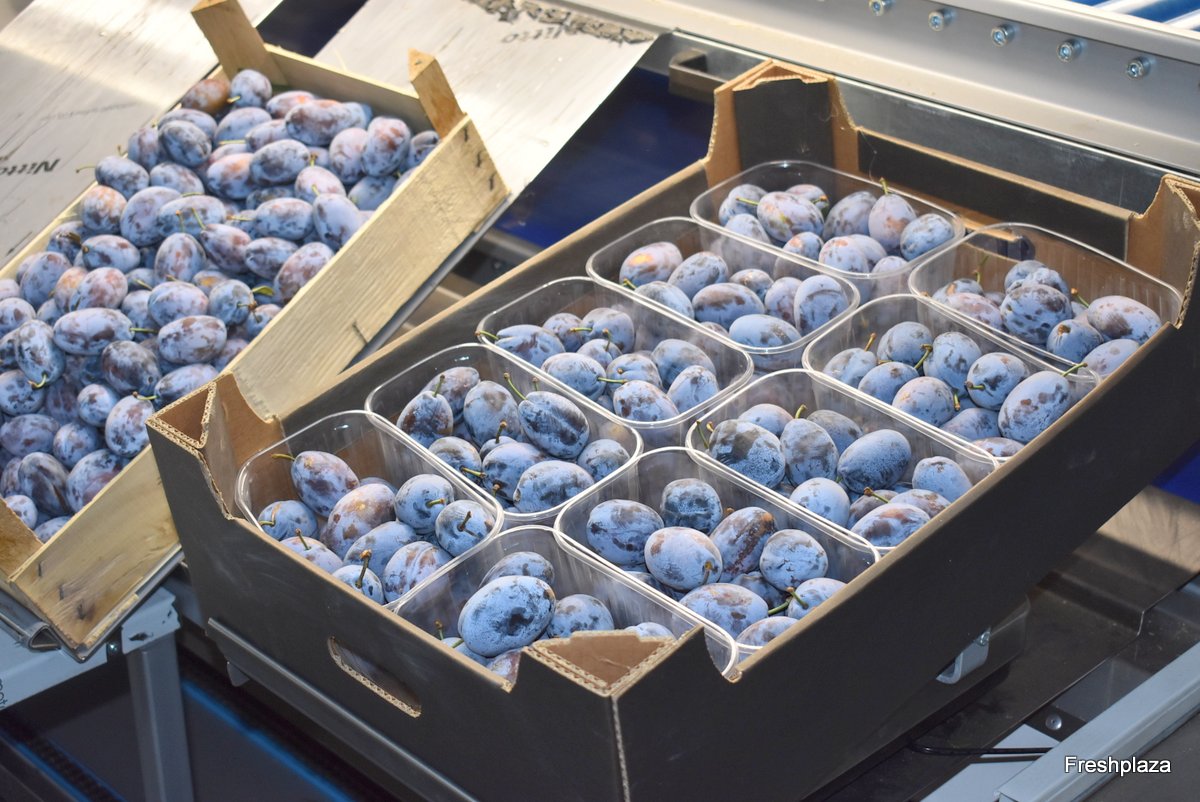 Plums are very popular in the German-speaking part of Europe

More than just Stanley
The harvest of Cacanska Rana and Cacanska Lepotica, the earliest plum varieties, traditionally starts in mid-July. Exports then only reach modest quantities due to the large supply of own products in the Central European countries. “And it was particularly remarkable this year, in light of the high production throughout Europe, not only of plums, but also of apricots and morels,” says Stefan, who grows particularly well with the slightly later Centenar variety, which is native in Moldova and Romania. “It has the same caliber, color and appearance as Lepotica, but where Lepotica is harvested with a Brix value of 12, Centenar easily reaches 20. It looks like candy. We are mainly active in the Baltic market with this product. We started to picking Cacanska Nogba and Stanley plums. The harvest is large, but a significant part was first stored in the cold houses because Poland was still present on the international market with cheaper product. The demand for our plums peaks from September 20 to October 20, then it will be quieter again. The last trucks of product from the CA warehouse will leave around December 20th.” 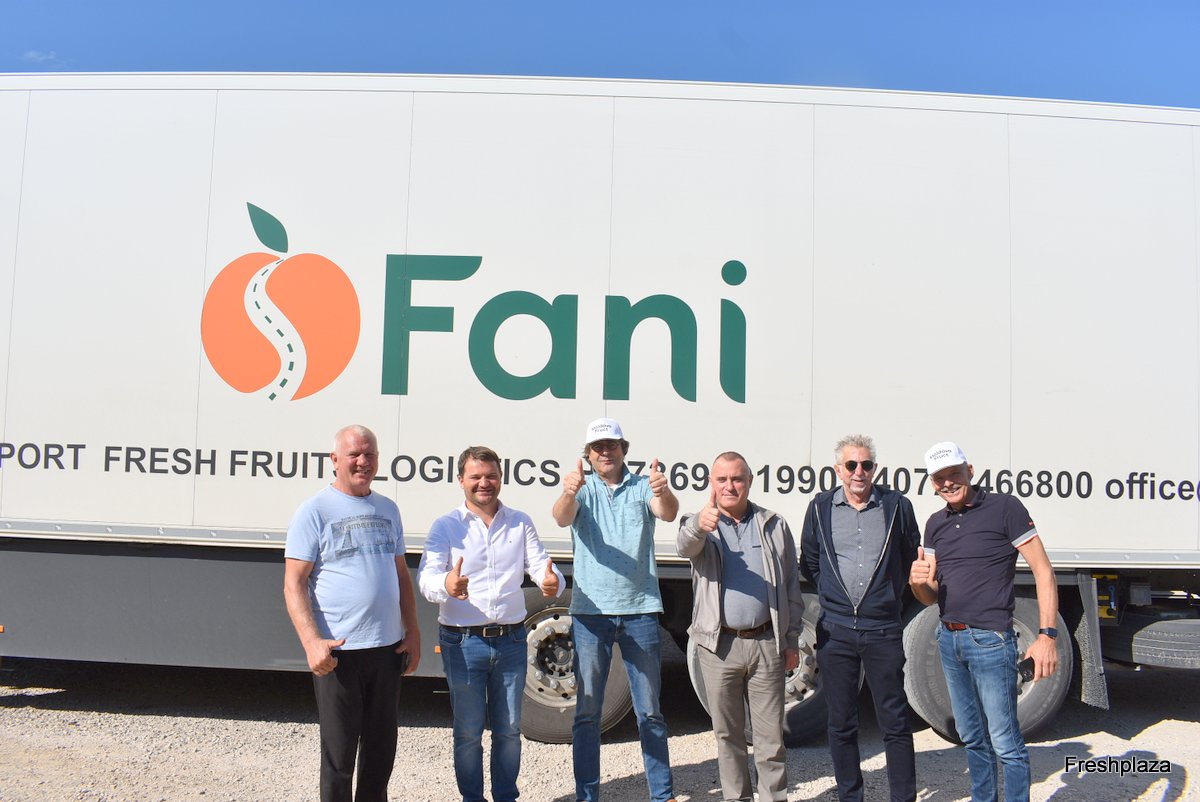 Posing together in front of the refrigerated van

Grapes for Riga
Even before Fani became active in the German-speaking market, the first export experience outside the usual destination markets (Russia, Belarus, Ukraine and Romania) was gained in the Baltic countries. We are writing December 2015. “Through a customer in Belarus I got a contact from an import company in Riga. I picked up the phone, called the number and explained that I had very nice plums and grapes. Although I was the local market here was not bad at the time—grapes were 75 cents a kilo—and even though they told me on the other end of the line that they couldn’t pay more than 75 cents freight paid, I decided to venture out. our own fleet, which gave us a certain margin to cover the transport costs themselves. The grapes arrived, were licked, were sorted there and … suddenly there was a demand for € 4,000. Suddenly I had a headache … But in February of 2016 I met the importers at Fruit Logistica and that same year – which was a bad season for the Russian market, by the way – I could send 40 cars to Riga, the same in 2017. That demand for a few thousand euros was long forgotten by then!”

“Even now we export to Latvia, although the route is a bit longer right now. Instead of crossing Ukraine and Belarus, we now have to go via Romania, Hungary, Slovakia, Poland and Lithuania. But it’s still worth it. We don’t want to do that easily give up the good relations we have built up over the years, not only in the Baltic countries, but also in Germany. The spot market is not for us, we work for the long term,” concludes Stefan.