In my previous column about smearing paintings as a protest against the climate crisis, I rejected this act of action strategic considerations. I found the relationship between painting and climate illogical and was afraid that this action would primarily provoke public opposition. Readers responding to this column largely agreed with me, but immediately added “but what action is possible?” The answer came a few days later. On Saturday 5 November, hundreds of Extinction Rebellion and Greenpeace activists forced their way onto the landing pad for private jets at Schiphol, preventing these jets from taking off. Activists sat in front of the jets, others cycled in circles. Music was made and marching around. It was a happy crowd. The Marechaussee was completely surprised and did not move until a few hours later. Activists were arrested, deported and given a police report. 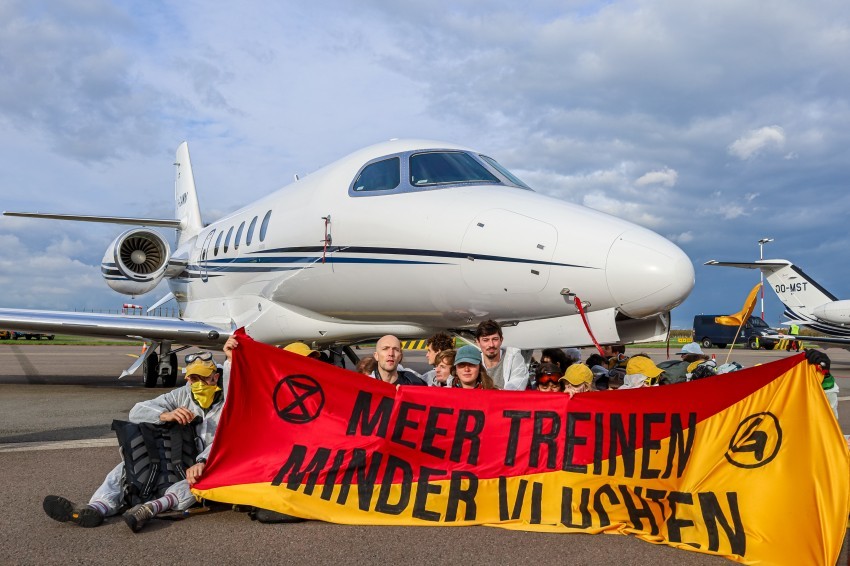 In contrast to the action ‘smear paintings’, the relationship between action object and action target cannot be avoided. If there is air traffic anywhere that must and can be reduced, it is private aircraft.

Quite in line with the process I described in my previous column, there were immediate angry reactions, this time from De Telegraaf and from Mayor Schuurmans of Haarlemmermeer municipality. The more moderate people-friendly actions, which usually follow a stimulating radical action, took place on the same day within walking distance at the same Schiphol airport. Hundreds of activists from the organization ‘Grandparents for the Climate’ were also present here. They stood there with banners to make it clear to the travelers that it was no longer possible to fly. ‘Less flight and more track’. 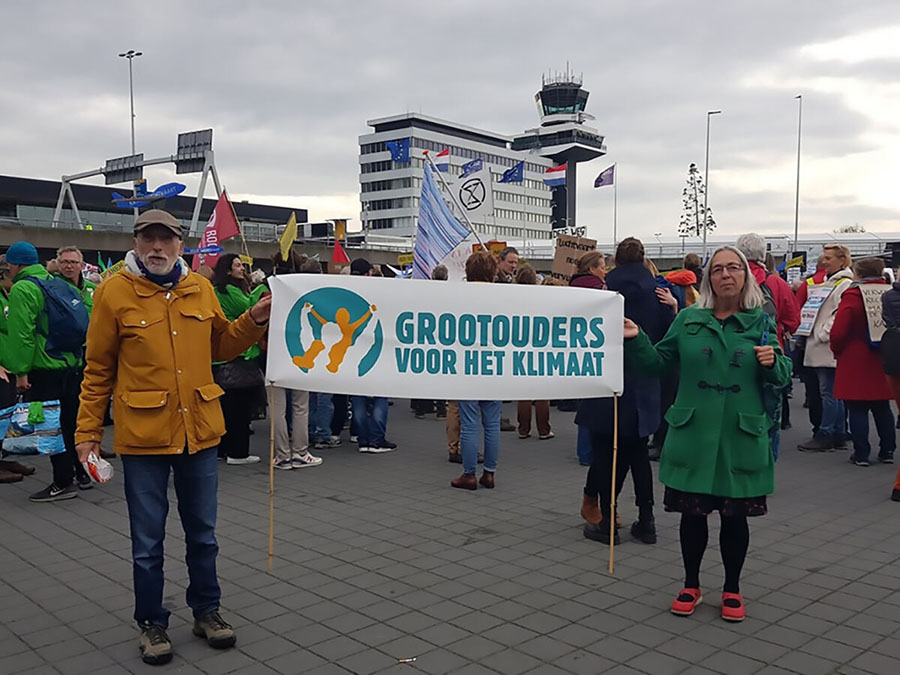 Pilots on their way to work showed annoyance, but the vast majority of the public watched the spectacle with interest and not necessarily unsympathetic. The commentary in the newspapers, apart from the Telegraaf, was not negative either. Minister Jetten stated in the TV program Buitenhof that he understood the anger of the activists. The major polluting sectors, industry and aviation, have simply done too little in recent years, the minister believes. As a member of the ruling coalition, he added that touching other people’s property can create a field of tension. How much the action falls in a favorable reason can be seen from the following. At the same time, a report from it OXFAM-NOVIB where she showed that the 27 richest people have the same amount of CO2 emits like all of France. On the same Saturday, the Tropenmuseum in Amsterdam opened an exhibition on the harmfulness of plastic, and museums organized workshops entitled “People in search of their inner activist”. 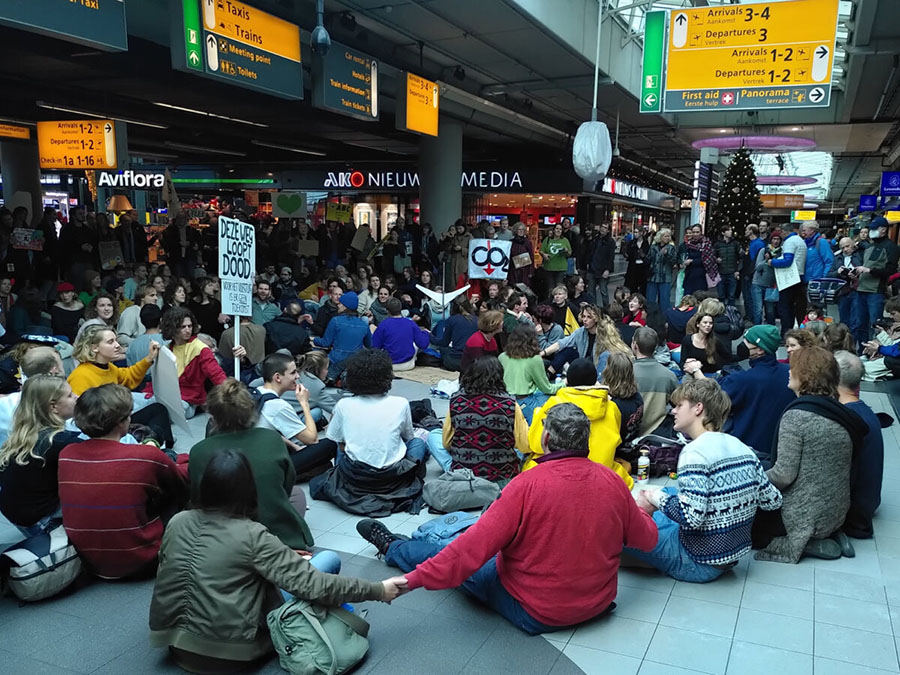 Everywhere, there is now an understanding that a personally sustainable lifestyle – driving less, showering less, heating less – is useful but wholly insufficient to limit global climate change. The most meaningful of all these private savings campaigns is that they help to create political support and greater support and understanding for large public campaigns. Subsequently, laws and measures can be successfully demanded by national and international governments that can truly put an end to the devastating effect of the ever-increasing CO22 emissions. The UN Environment Commission now predicts a warming of 2.2 to 2.6 degrees if the policy remains unchanged. They point out that this increase will lead to floods and droughts, especially in poor countries, and millions of deaths as a result. None of the politicians at the climate summit in Egypt rejects this. They express their concern in disturbing terms. But all the fine words hardly lead to effective deeds. If nothing or too little is done, we will be headed for an unlivable world within 15 years, resulting in massive human and animal deaths. 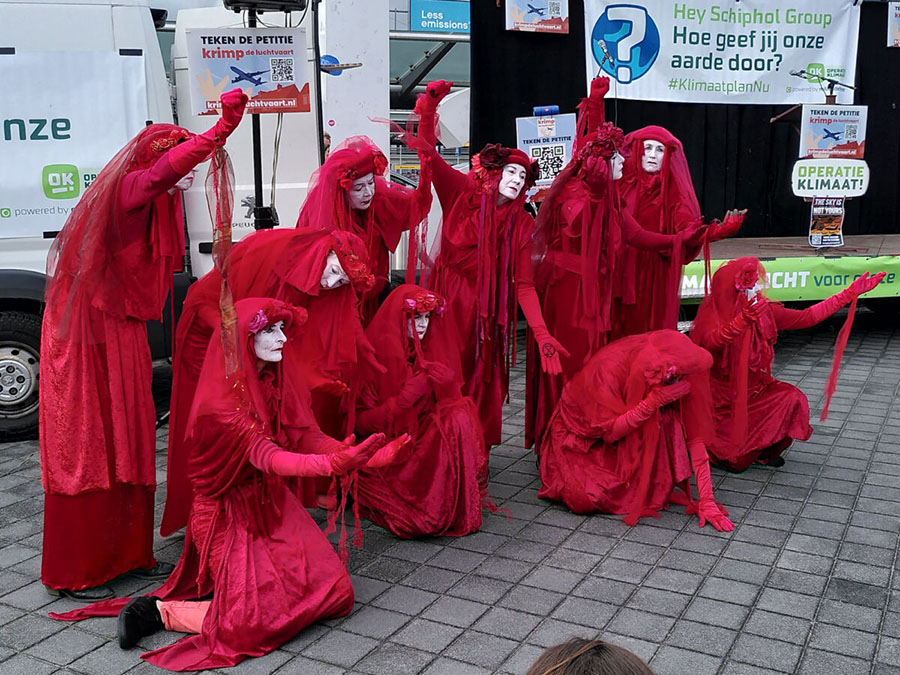 Many more actions, radical and less radical, will have to follow to prevent this mass death.

PS A few days after the demonstration, a proposal was made in the Amsterdam city council by GroenLinks and SP to ban the landing of private planes at Schiphol (Amsterdam municipality is a shareholder in Schiphol).

Photos by Extinction Rebellion, Greenpeace and Grandparents for the Climate