Educational housing, are our children’s interests at the center?
Last Thursday evening, the decision-making council was mainly dominated by the Article 33 questions forwarded by Dongense VVD, D66 and OVD following the accusations between the municipality and Stichting Initia. Our goal was to get a clear picture of how the fork really is in the trunk and how this problem could have escalated again.

Councilor adamant
The councillor’s response was mainly aimed at sweeping his own street clean rather than coming up with a solution for the children in De Beljaart. We had to ask three times (!) if the councilor could agree to Initia being allowed to temporarily house more than 407 pupils in order to admit as many pupils as possible from their primary catchment area, De Beljaart. According to Initia, this is possible within the existing investment budget for the new IKC. Only late in the evening did the monkey come out of his sleeve: after difficult and evasive answers, it finally became clear that the councilor is sticking to a so-called gentleman’s agreement: 407 and no more students. The Initia Foundation’s arguments for temporarily raising the maximum to give as many students from De Beljaart as possible the opportunity to go to school close to home were “insufficiently weighty”. In other words, numbers are leading, not our children.

The councilor did not come up with a solution. No, the opposition should come up with solutions, especially the Dongen People’s Party. Should the opposition do the work of the councilor and the council? Is it the promised administrative influence of the four councilors? Not exactly impressive. Dongense VVD believes that it is a councillor’s task to be able to think and act based on progressive insight and current developments.

Our solution
Dongense VVD has put forward some proposals to find a solution. The starting point must be that children can go to school in their own neighborhood if they want to. But also that students can go to another school of their choice, that is their constitutional right. Let’s wait for the new student forecasts to come out in January. The consequences of the closure of Noorderpoort and the development of the new neighborhood on Noorderlaan must also be taken into account. Based on this, the housing needs of the existing schools and the IKCs to be built will be reviewed again. Hereby we put the school boards in Initia, Bravoo and PCPO to work to be the first to come up with a joint solution in the interests of the Dongen children. The starting points are the existing investment credits for the IKCs still to be built, the existing school buildings and the solution proposed by Initia to temporarily accommodate more than 407 students from De Beljaart.

If the new forecast figures in De Beljaart or elsewhere in the municipality show a different need for housing, we will look at how this can be met. It gives us, as advice, a basis for a substantive debate about this. As far as Dongense VVD is concerned, this debate will not delay the construction of the current IKCs. After all, it is not necessary within the solution that Initia has indicated.

A common plan for the future
In addition, Dongense VVD expects the three school boards together with the municipality to create an integrated distribution policy. This policy must focus on the interests of the children and not on the school boards. And so not some piece of cake men’s agreement, but a well-thought-out and substantiated policy on which the schools base their recruitment policy. How to do it professionally. Perhaps a good tip for the responsible school administrators and the college.

That way, our children’s interests come first again and that’s how we solve the problem. 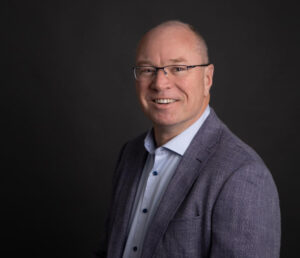